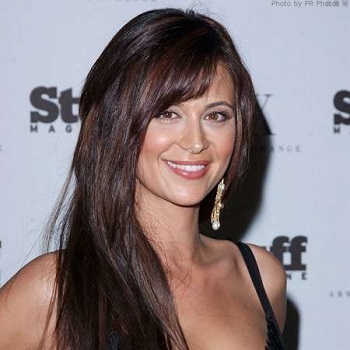 Catherine Bell is best known for her role as Lieutenant Colonel Sarah MacKenzie in the TV series JAG. She is an American-Iranian actress and producer. She has also appeared in a number of other popular television shows, including Army Wives and The Good Witch. Bell has previously worked as a model. In 2017, she starred alongside Greg Bryk in the television film High-Rise Rescue.

What is Catherine Bell’s background?

Bell was born on August 14, 1968, in London, England, as Catherine Lisa Bell, under the zodiac sign of Leo. She is of mixed ancestry and possesses Iranian-American nationality (Scottish and Persian ethnicity). Mina Bell, a nurse, and Peter Bell, an architect, are her parents.

Bell’s father is from the United Kingdom, and her mother is from Iran. When she was two years old, her parents divorced. Following her parents’ divorce, she was raised by her Iranian mother, grandmother, and grandfather.

Bell and her family later relocated to the San Fernando Valley in California. During her adolescence, he was a tomboy who liked to skateboard, play football, and push the boundaries a little.

Bell also pursued a medical degree at the University of California, Los Angeles. When she was offered a modeling job in Japan, she dropped out of university.

Bell decided to pursue an acting profession after moving to Japan. She enrolled in the Beverly Hills Playhouse’s acting classes. She went on to work as a massage therapist after that.

Catherine Bell made her acting debut in the 1990’s Sugar and Spice, a sitcom. In 1996, she made her breakthrough as Sarah MacKenzie on the television series JAG. She continued to feature in the series until 2005.

In 2007, Bell played Denise Sherwood in the Lifetime program Army Wives. In the drama, she played the wife of a US Army lieutenant colonel.

Bell also appeared in Bruce Almighty, a high-concept comedy film, which was a box office blockbuster. On May 14, 2003, the film was released. Jim Carrey, Morgan Freeman, Jennifer Aniston, and Lisa Ann Walter were among the cast members.

In 2008, Bell played Cassandra Nightingale in the Hallmark Channel’s television film The Good Witch. Since 2015, she has continued to play the character in the show. In all of the franchises, she played a recurring role. She was also a co-executive producer on all of the films.

Bell has also appeared in The Last Man Standing, a Hallmark film. In 2017, the actress starred in a number of films, including Home for Christmas Day, High-Rise Rescue, and Battle of the Network Stars.

Bell was nominated for a Saturn Award in the category of Best Supporting Actress on Television in 2006 for her breakout role in The Triangle.

Catherine Bell’s net worth is unknown.

Catherine Bell has amassed a sizable fortune as a result of her successful profession. Celebrity’s net worth estimates her net worth to be around $15 million in 2020.

Bell has appeared in a number of films that have grossed a lot of money at the box office. Here is a list of her best-known films:

Jim Carrey, Morgan Freeman, and Steve Carell are among the cast members.
The actress undoubtedly received a big remuneration for being a part of such popular films, albeit the exact amount is now unknown.

What Is The Address Of The Multi-Millionaire Actress?

Bell lives in a mansion in Hidden Hills, Los Angeles, California. In 2015, she paid $2.05 million for the home. It is 3380 square feet in size and has four bedrooms and three bathrooms. Brooke Daniels, a Scientology acquaintance, and her two daughters live there with her.

Bell also owns a Mercedes-Benz, which is valued at roughly $34,475.

Catherine Bell’s Husband: Who Is He?

Catherine Bell has been divorced for a long time. Adam Beason, a Hollywood actor, was her first husband. Bell met Beason, a production assistant, and actor, on the set of the 1992 film Death Becomes Her. They dated for a long time before tying the wedding. The wedding, which was attended by their relatives and friends, took place on May 8, 1994.

Bell and Beason have two children, a daughter named Gemma and a son named Ronan. Before splitting up, they lived together in a 5,700-square-foot faux-Tuscan-style mini-mansion in Calabasas. Their home was eventually sold.

The couple divorced in 2011 due to issues in their relationship. In September 2015, their divorce was finalized. She has not been in a relationship since her divorce from him. After years of marriage, they were faced with an unsuccessful marriage.

Bell has had a distinct sexual identity since her divorce from her first husband, and she is currently in a lesbian relationship with Brooke Daniels, a Scientologist, photographer, and party planner. Bell allegedly left her husband for her lover, according to multiple sources.

Both of them now live in Los Angeles, California. Bell is a devout Scientologist who has acquired the condition of Clear in the faith.

Bell, after all, was raised in a Roman Catholic family and went to a local Catholic school in Los Angeles. She is currently a Scientologist in good standing. She has also lent her support to a number of Scientology initiatives.

Bell is also a sports enthusiast who enjoys skiing, kickboxing, snowboarding, and motorcycling. Furthermore, she appears to be concentrating on her profession rather than dating at the moment. This appears to be going nicely for this lovely actress.

In terms of health, the actress overcame thyroid cancer to become a television star. At the age of 19, she was diagnosed with cancer.

Height, Age, and Other Facts About Catherine Bell