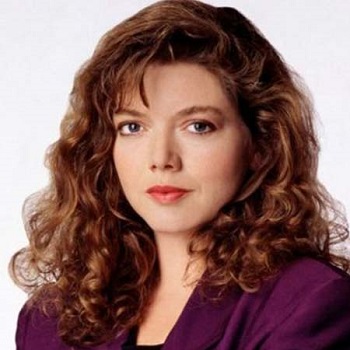 Catherine Disher is a Canadian actress, comedian, and voice actor who has won the Gemini award twice. She is best recognized for her roles as Dr. Natalie Lambert in Forever Knight, Jean Grey / Phoenix in X-Men: The Animated Series, Jill in Resident Evil 3: Nemesis, and Kate in Regression.

She received her schooling at Phillips Exeter Academy in New Hampshire, where she graduated in 1978. She went on to McGill University in Montreal after that. Disher also holds a diploma from Canada’s National Theatre School.

Catherine Disher made her acting debut in the 1986 Canadian science fiction film The Vindicator, in which she played Catherine Collins with Pam Grier, Stephen Mendel, David McIlwraith, and others. In the same year, she played a female cop in an episode of the TV show Night Heat.

Following that, she appeared in a number of television films, including The Private Capital, Grand Larceny, Woman on the Run: The Lawrencia Bembenek Story, Spirit Bear: The Simon Jackson Story, The Good Witch’s Family, and An Officer and a Murderer, to name a few.

In addition, she received two nominations for her performance as Natalie Lambert in the Canadian television series Forever Knight. Disher was also nominated for a Gemini Award in 2004 for her role in the CBC series Snakes and Ladders as volatile federal cabinet minister Audrey Flankman.

She has also written and lent her voice to a number of projects. She has voiced characters in the television series Sailor Moon and the computer game Resident Evil 3. She wrote one episode of the television show The Campbells.

Disher’s most recent appearance was from 2015 until 2019 on the American/Canadian fantasy comedy-drama television series Good Witch.

Catherine Disher’s Salary And Net Worth

Catherine Disher has had wonderful luck in her job, but the actual details of how much she earns professionally are still a secret. Despite her many appearances in several films and television shows, her net worth is undoubtedly in the seven-figure range.

Furthermore, Disher has not revealed her exact pay, although according to certain sources, the Canadian TV personality earns $22,718 each year. She has also appeared in a number of successful films, the box office grosses of which are listed below.

Cedric Smith was her last husband; learn about her current relationship status.

Cedric Smith, an English Canadian actor, and musician was Disher’s X-Men co-star. Her ex-husband is seventeen years her senior. After a few years, though, the couple divorced.

They also have a son, Darcy Montgomery Smith, who was born in 1993. There are no other data regarding her personal life or dating status available. When the two married and divorced is still unknown.

The actress has kept things under wraps since their divorce and has never spoken about her relationship. Disher is also inactive on social media platforms such as Facebook and Instagram.