Charles Latibeaudiere and his wife Barbara Sherwood are both mountain lovers 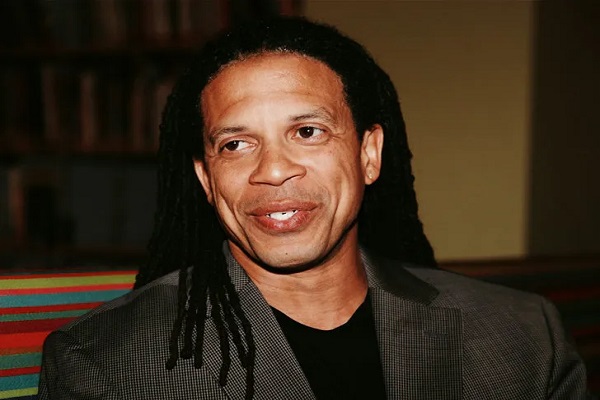 Charles Latibeaudiere, the co-executive producer and co-host of TMZ, is frequently at the forefront of Hollywood news and outrageous celebrity gossip.
His personal love story seems to evade the limelight in the middle of flashy Hollywood stars’ romance tales. This isn’t because there isn’t a compelling love tale to tell.

Latibeaudiere’s relationship with his wife, on the other hand, is full of adventure, from traveling the world to skiing, from sharing delicious, quiet dinners to screaming their hearts out at concerts.

In the summer of 2004, Latibeaudiere married Barbara Sherwood, a film director and producer, in Rancho Palos Verdes.

According to one of Charles’ nostalgic postings, the two had been dating since at least 2003.

Latibeaudiere claimed on Instagram in 2017 that his marriage, which has lasted over 17 years, was the “greatest decision [he] ever made.”

Since the TMZ producer erased his Instagram account, his posts are no longer visible. However, we discovered his tweets, which corroborate the information.
The wedding day of Latibeaudiere and his bride holds a unique place in their hearts. As a result, they frequently return to the location where they tied the knot.

In 2013, the couple returned to their wedding location, and in 2016, they celebrated their 12th anniversary there. They even enjoyed dinner in Rancho Palos Verdes at the same time and place as they did 12 years ago.

The couple used to collaborate on projects

Couples that compliment each other in both their professional and personal lives are the most successful. Latibeaudiere and his wife Sherwood surely fall into this category, as she, too, works in the media.

Among her many credits, she directed the TV series Extra starring Billy Bush from 2002 to 2009.

When Latibeaudiere was the supervising producer for the aforementioned show in 2003, the two worked together. Working on the show, the two apparently became excellent friends, eventually turning their professional relationship into a love one.

They Spend a Significant Amount of Time in the Mountains

Aside from their shared profession, the power couple has a shared passion for mountains. They go hiking on a regular basis, generally alone, but with their dog on occasion.

They hiked together on Quandary Peak, Mammoth Mountain, and Upper Mohawk Lake, according to their Instagram [before it was deleted].
They also enjoy skiing in the Alps. Mountaineering certainly comes with travel, and the duo appears to enjoy it.

Charles wished Barbara a happy birthday on Instagram and included the hashtag “meet me halfway around the world,” implying an international mountaineering adventure.