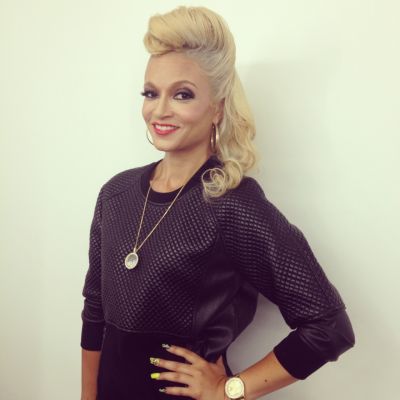 Charli Baltimore was born Tiffany Lane on August 16, 1974, in Philadelphia, Pennsylvania, USA. She is a rapper, musician, model, and reality show host best known for her hit songs “We Still Don’t Give A Fuck,” “No One Does It Better,” and “Down 4 U.” In 2003, she was nominated for a Grammy Award in the category of Best Rap Female Performance for her record “Diary.” She is also recognized for her romantic relationship with Notorious B.I.G., one of the most famous rappers of all time.

Her father was German, and her mother was African-American, and she grew up in a multi-ethnic family. Her parents were always busy or neglectful, so she was mostly reared by her older half-sister, Yolanda. It is said that their parents abandoned them at a young age, forcing the two of them to mature far faster than other children.

Because her family life was so chaotic, she was sent to a Catholic school, where she successfully matriculated in 1992 – she became pregnant in 10th grade, which did not affect her matriculation, studying while pregnant, and finishing her final year with excellent grades, despite the situation she was in.

Charli Baltimore later attended Pierce College. She only had time to work, study, and spend time with her girls for the next two years, but she graduated on time with a paralegal degree, believing that it would help her acquire a more stable career and thus care for her daughters.

Charli Baltimore is well-known for her association with Notorious B.I.G. from 1995 till his death in 1997. Her ex-partner, with whom she has two daughters, committed suicide the same year, her father died after a long struggle with the disease, and a close friend died, so she attempted suicide. She pulled herself together, knowing she needed to look after her two girls. She was said to be dating Jay-Z and Lance Un Rivera, but she never confirmed it.

Charli Baltimore was in an abusive relationship when she was a teenager. She moved in with her then-boyfriend soon after starting to see him because she wasn’t close to her parents and didn’t feel safe at home. Charli has alleged multiple times that she has been physically and psychologically abused for more than four years.

Even when she became pregnant, the violence continued; she detailed one of the instances she had to deal with while living with him: her partner was in a room with his buddies, and she neglected to knock on the door before entering, so he gave her a black eye. Situations like this were not enough to convince her to leave him since she was afraid for her life. . Her ex-identity partners have not been revealed.

According to reliable sources, Baltimore has a net worth of $500,000, which she has amassed from her successful career in the music, film, and modeling industries.

Charli Baltimore has always been intrigued by rap. She used to make songs anytime she was in a difficult circumstance or when she was bored. However, because she had a turbulent childhood and was mostly on her own, she never got the opportunity to showcase her gift. She met the legendary rapper Notorious B.I.G. in 1995, and this might be considered the turning point in her career. With his extensive experience and unquestionable talent, he could easily detect a star when he heard one, and he thought of Charli as one of the most promising young rappers.

Charli stated in one of her interviews that she obtained his phone number from a friend and called his beeper, leaving a voice mail with a rap song she made. As soon as he heard that, he called her to tell her that what he had heard was incredibly cool and that she should keep writing.

In 1997, Notorious B.I.G. planned to join a rap trio with Charli and Jay-Z to promote her, but he was slain the following year, so he never got the chance. She resolved to make a spectacular comeback and do everything she could to become famous after taking a leave of absence for several months, believing that she owed it to her children and Notorious B.I.G.

Following the release of her song “Money,” she was asked whether it might be included on the soundtrack of the film “Woo.” The song debuted on Billboard Magazine’s Hot R&B/Hip-Hop Singles & Tracks chart and quickly earned massive recognition and popularity. Several days later, she released another smash, “Stand Up,” which made Billboard Magazine’s Hot Rap Singles list.