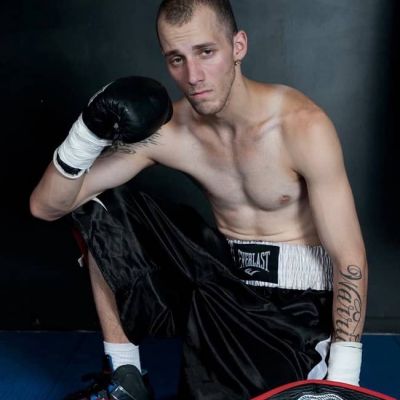 Do you know Who is Charlie Zelenoff?

Charlie (also known as “Z-Money”) is a 30-year-old Caucasian amateur boxer of Russian heritage. He was born Charles Peter Zelenoff under the sign of Leo on July 27, 1988, in Los Angeles, California, USA.

Charlie Zelenoff is likely best known for exaggerating his boxing accomplishments and taking on some of the top fighters in the world, including Wladimir Klitschko. He also used to upload episodes of the reality boxing show “Charlie Zelenoff TV” to his “CHARLIE ZELENOFF” YouTube channel. Over the past ten years, he has participated in the occasionally lucrative amateur boxing scene.

An only child, Charlie was brought up in his hometown by parents whose identities and occupations were unknown. He attended Fairfax High School in his hometown, where he is thought to have graduated in 2006; it is unknown if he continued his education in college.

His Ascension to Fame

Charlie started distributing fake information about himself online somewhere in the preceding decade, notably on a few message forums frequented by boxing enthusiasts.

He asserted that he is the best, unbeaten fighter in the world and that he is capable of fighting anyone. Charlie was still a popular topic among the viewers of the websites where he posted, even though nobody knew at the time if he was a skilled boxer.

Charlie Zelenoff has a score of 0-1-0, which translates to no wins, one defeat, and no draws, according to boxrec.com, the official website that compiles data on all boxers in the world. On March 5, 2008, he competed in his only professional fight, a welterweight contest against Andrew Heartley, and was declared the loser after losing six rounds in a row.

Since that is Andrew Heartley’s second victory since turning pro, with a score of 2-28-0 today and 1-13-0 at the time of the fight, he has never faced a strong opponent. Since then, Charlie seems to have decided to keep quiet because he hasn’t publicized any plans to try professional boxing again and hasn’t yet attempted it.

Although Charlie loves to say that he has over 100 victories in the ring, the truth is that he counts every single sparring match with amateur fighters, the majority of whom are learning how to fight. Although the “fights” start as soon as the videos begin, Charlie is typically recorded by an unknown person.

His opponents frequently express surprise at Charlie’s actions, not because he is a great boxer, but rather because he always requests a light spar and then violently punches the opponent with all his might. Many people who learned about Charlie have concluded that he is mentally ill because he refers to these meetings as legitimate matches and counts them all towards his score, but for now, this is simply an allegation.

Charlie can be seen having one of his typical “matches” in the video posted by “The Smoke Room” Facebook page under the title “16-Year-Old Kid Destroys The Worlds Biggest Bully,” but this time he finally encountered someone who could box. The first part of the film has Charlie intimidating his unwitting opponents before cutting to a 16-year-old African-American boy fighting beside him.

The fight begins the same way that all of Charlie’s interactions do: with violent outbursts on his behalf. However, the adolescent deftly sidesteps almost all of his blows before delivering a stronger response. He ultimately leaves the ring, but the youngster pursues him and continues to beat him. Charlie is shown in the video with what appears to be a broken nose (as blood can be seen leaking from it).

Regarding his love life, it is known that Charlie married a Caucasian blonde named Daria who went by an unidentified last name. The couple is believed to have wed sometime in the past ten years, but based on his own Instagram post, where he posts images of himself and Daria on his computer screen along with the caption “My ex-wife,” it appears that they recently got divorced. It appears from the description of his YouTube channel that he is currently dating a woman he calls Jenni.

On August 9, 2011, Charlie launched his YouTube channel. Shortly after, he started uploading his “Charlie Zelenoff TV” films, which include the aforementioned battles. The title of his channel is “The Greatest Of All Time.” In October, I’m going to kiss my baby like there’s no tomorrow since Charlie Zelenoff is currently 35-0 with 22 KOs, making him the best P4P boxer of all time. My baby Jenni, I Love You, I Found The 1 You’re My 1 And Only Baby, I Love You With All My Heart. The total number of times his videos have been viewed is over 2.5 million. His videos are not yet accessible to the general audience.

Have you ever questioned Charlie Zelenoff’s current net worth as of mid-2018? Charlie has reportedly amassed less than $200,000 in total fortune, primarily as a result of his success as a YouTuber, according to numerous reliable sources. The aforementioned sum can be anticipated to rise if his career progresses.

In terms of his physical characteristics, the prospective boxer is 5 feet 9 inches (1.75 meters) tall and weighs 165 pounds at the moment (75kg). Although he is typically bald, he has light brown hair, dark brown eyes, and a figure that is thought to be slender.

Nowadays, active celebrities maintain a tight and active interaction with their followers as a result of the significant effect of social networks, to boost the popularity of the projects they’re working on and hence their net worth. Charlie appears to be a consistent user, if not the poster child for this celebrity trend, as he is quite present on most of the major social media platforms. His Instagram account has over 1,000 fans, his Twitter account has over 6,000 followers, and his Facebook page is private. Last but not least, he has more than 2,000 subscribers on YouTube.