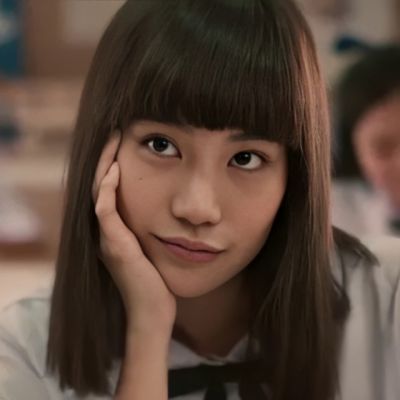 Who is Chicha Amatayakul? Bio, Age, Wiki, Net Worth, Relationship

Do you know Who is Chicha Amatayakul?

Chicha Amatayakul is a Thai television and film actress. She is best known for her role as Nanno in Netflix’s anthology series Girl from Nowhere. She has built a fan base of more than 3.4 million followers on her personal Instagram account.

She attended high school at an international school under the British Curriculum (IGCSE) at the age of 15 before entering higher education in the Faculty of Business at Assumption University and Faculty of Law at Ramkhamhaeng University.

Chicha Amatayakul is a single person as of 2022. At the moment, the Thai beauty is concentrating on her job and relishing her independence.

Chicha, however, has a sizable fan base thanks to her excellent abilities and attractiveness. She also receives a lot of admiration and attention from her male fans.

Chicha Amatayakul and singer Prakarn Raiva were once associated. The relationship between Chicha and Prakarn grew to dominate Thai media. But the couple’s union could not endure for long, and they ultimately decided to part ways.

Chicha Amatayakul has remained silent about her dating life since her breakup with Prakarn Raiva. Chicha’s purported bisexuality, however, has also been the subject of gossip.

The former singer is rumored to be secretly dating an unidentified woman, according to several. Chicha, however, has not addressed whether or not these rumors are accurate.

Chicha Amatayakul’s net worth: She starred as the main character, Nanno, in the drama anthology series Girl from Nowhere, in 2018. The second season of Girl from Nowhere premiered on Netflix in 2021, exposing Amatayakul to international audiences. Her net worth is estimated to be $3 million – $5 million, as of 2021.

Chicha Amatayakul joined Kamikaze Records’ Thai female group “Kiss Me Five” at the age of 17. In 2010, she joined the other four members of Kamikaze Records. They are Mild Krittiya, Gail Natcha, Bow Maylada, and Bam Pakakanya.

Her career as a vocalist, however, was brief. Instead, in order to concentrate on her education, she left the girl group shortly after a year.

However, Chicha was able to have an impact on the audience even in such a brief amount of time. Massive hits included many of “Kiss Me Five’s” tracks. Chicha has appeared in a number of well-known songs by “Kiss Me Five,” such as “Thinking,” “Sensitive,” and “Morning Kiss.”

Amatayakul also had a brief modeling career after leaving “Kiss Me Five.” But she had always wanted to be an actress.

Chicha Amatayakul debuted on the acting scene in 2013. This gifted actress has been in a number of well-known Thai TV programs. Kitty had already made a reputation for herself in the Thai entertainment industry. The Thai beauty, however, had higher aspirations.

She often thrills her fans by sharing her modeling shots on Instagram, and they seemed eager to express their appreciation for her series of snaps updates.