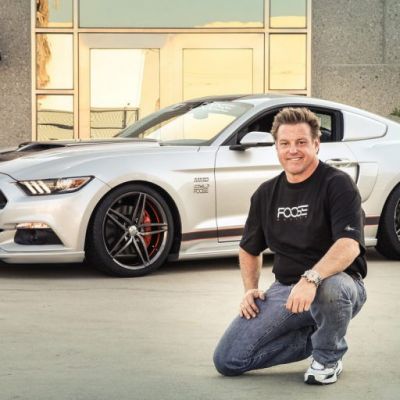 Do you know Who is Chip Foose?

Chip Foose was born on October 13, 1963, in Santa Barbara, California, USA, and is an automobile designer best known to the world for his appearance on the reality television series “Overhaulin’.” He also rose to prominence while working for Hot Rods by Boyd and as the owner of his own automobile design firm, Foose Design.

Chip, the son of a car designer, followed in his father’s footsteps. Working on cars with his father since he was seven years old, through adulthood, and later as a professional. He had his first Porsche 365 before he reached his teen years, and he even used his creative ideas for painting the car.

He enrolled at the Art Center College of Design after graduating from high school but had to drop out because the college was too expensive for young Chip. However, he did not give up on his dreams, and after working for Clenet Coachworks for several years, he was able to finish his education and finally obtain his degree.

Chip worked for several companies while in college, including Asha Corporation, and then after graduation, he found a job at Sternberger Design, while also working part-time for Boyd Coddington. Three years later, he left Sterenberger for a much better offer from J Mays and went to work for Ford. Chip, however, had other plans, and after leaving Ford, he became a full-time member of the Boyd Coddington design team. Gradually, his role grew, and he eventually became the president of the Hot Rods by Boyd department.

As president of Hot Rods, Chip was primarily responsible for designing successful creations such as the Boydster I and Boydster II, as well as working on Boyd Air. His success at Hot Rods lasted until 1998, when the department went bankrupt, which wasn’t Chip’s or Boyd’s fault because the company couldn’t cover a $465,000 loss caused by a bankrupt customer. The entire company was reorganized, but Chip was nowhere to be found.

Chip made his way into the automobile industry and has been successful in producing his vehicles as well as working with the Big Three automakers. This has had a significant impact on his net worth, so let’s take a look at how wealthy Foose is – according to reliable sources, his fortune is valued at $18.5 million as of early 2018.

Chip is a married man who still lives in Southern California with his wife Lynne and their children Brock and Katie.

Chip has managed to extend his influence from television to the internet, amassing a fan base of approximately 1.5 million people. His official Twitter account has over 140,000 followers, while his official Instagram account and Facebook page each have over 650,000 followers. He has primarily used his accounts to promote his work and bring the public closer to his ideas; Chip has recently begun work on the 1969 Camaro, which can be seen on his Twitter account, among many other projects.