Many people are unaware that Chris Heria had to fight a long battle simply to see his baby. 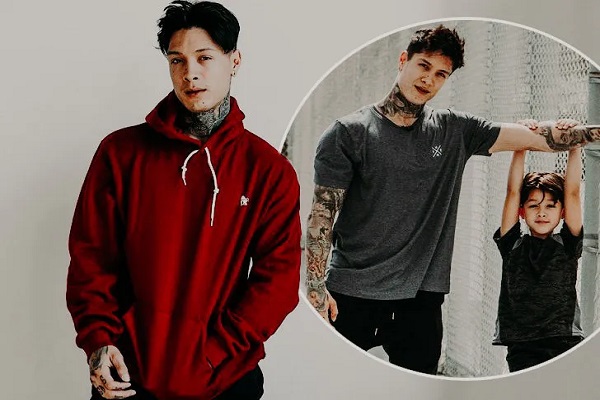 Chris Heria has been through years of adversity that few people his age can claim to have experienced.

Unbeknownst to many, the fitness expert won a long legal battle to see his son, a victory that came only after years of court fights, a violent brawl, and clearing his name as a “attempted murderer.”

How Heria and His Girlfriend Ended Up Fighting

In 2011, Heria was only 19 years old when his then-girlfriend became pregnant.

In an attempt to turn things around, he enrolled in a real estate school in order to obtain a license and create a better life for his girlfriend and their child. He proposed to his girlfriend in the hopes of making her his wife. She, on the other hand, flatly refused.

The fitness trainer didn’t pursue the issue any further, feeling it was in his best interests for his future child to grow up in a safe atmosphere.

After a few months, his child’s mother called and gave him an ultimatum: marry her or risk never seeing his child again.

Heria stated that he would not marry her, but that he was still prepared to be involved in the child’s childhood and provide for him. She immediately banned all of his attempts to contact her after that.

Seeing no other option, he texted the girl’s mother to inquire about her doctor visits. In response, the YouTuber’s mother received a call threatening to file a harassment complaint.

Heria decided it would be best to get a lawyer when his son was born.

Heria went to Miami with his new girlfriend as he waited for everything to calm down. During the journey, they were ambushed by a dozen thugs.

Heria, who had been fighting since he was a child, managed to wound one of his opponents. After threatening to find his residence and kill him, his tenacity won out over the thugs, and they left him alone.

A few months later, while Heria was on his way to work, five police officers stopped him and arrested him for attempted murder.

Although the claims were unfounded, Heria had to go to court several times and pay a large quantity of money to have them dismissed.

Throughout the trial, he went throughout the world to stay fit and spiritual. The journey, he admits, assisted him in seeing the difficulties in a positive way.

After years of wrangling, Heria was finally able to see his son

Heria put himself through years of spiritual and physical discipline, and it paid off handsomely. He was not only free of the attempted murder accusation, but he was also able to see his son, Zen.

This was only feasible after he paid over $20,000 on a lawyer and struggled for for two years to see his son.

Heria now spends meaningful time with Zen, who appears in his father’s training videos on a regular basis. On September 16, 2020, they celebrated Zen’s ninth birthday.

Heria appears to be co-parenting his son with his baby mama, according to an Instagram image from February 2016. The photograph showed the couple with their son.