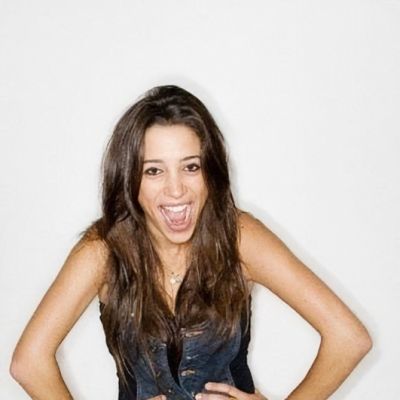 Christina Carmen Dominica Broccolini, of American and Canadian descent, was born on June 8, 1989, in Montreal, Ontario, Canada. She is an actress best known for her role in the early 2000s television series “Mystery Hunters.” Among the many Canadian television and film productions, she has worked on are “Face Divided,” “What Happens Next,” and “Street Lure.”

There is very little information available regarding Christina’s life before her professional debut as an actress; she hasn’t revealed anything about her family or childhood. There are no facts about how she became interested in performing, but she decided to pursue a career in entertainment at an early age.

She relocated to New York City to further her education, enrolling in the Neighborhood Playhouse School of the Theatre, a professional acting conservatory. The institution has been in operation since 1915 and is best recognized as the birthplace of the Meisner acting technique, named after teacher Sanford Meisner.

In terms of her romantic relationships, little is known about her personal life. Despite all of her acting efforts, she has kept this aspect of her life hidden from the public eye, causing many sources to believe she is single.

It has been noticed that she discontinued acting ventures sometime after 2014, indicating that she has decided to focus on other interests. One of the reasons for this is that she has not been able to recreate the success she achieved while working on “Mystery Hunters.”

Christina Broccolini net worth is unknown. As of early 2020, sources estimate a net worth of more than $1 million, earned from a successful career in acting since the early 2000s.

Broccolini rose to prominence in 2002, at the age of 13, for her work in the documentary television series “Mystery Hunters.”

The show is broadcast on YTV in Canada, Discovery Kids in the United States, and NHK in Japan with a dub. She explores real-life tales of UFOs, dinosaurs, creatures, spirits, and folklore on the show. They employ science and eyewitness reports to try to uncover answers for sightings. Doubting Dave, a physicist, is also featured on the show, attempting to explain unusual personal experiences written in by viewers. Throughout its existence, the show received various prizes and accolades, including a Japan Prize, a Parent’s Choice Award, and numerous Gemini Award nominations.

Her next major acting role wouldn’t arrive for another five years when she acted in “The Bartender,” a short film. In 2010, she was cast in a supporting role in the Paramount Network sitcom “Blue Mountain State,” which centered on a fictional institution and its football team. The show depicts many facets of collegiate life, including American Football, excessive drinking, sex, crazy partying, drugs, and hazing.

She was cast in the film “I Love You,” starring Victoria Rowell and Glen Ratcliffe, in 2014, and worked on the short film “Clubscene,” a coming-of-age narrative about a teenage clubber who learns there must be more to life.

Following the success of the film, the creators considered making a web series to further explore the setting and the characters, but it has not been continued as a series. She also worked on the short horror film “You Are So Undead,” and her other credits include “Face Divided” and “Street Lure.”

Another explanation for her lack of knowledge is her absence of a strong online presence on key social media platforms such as Facebook and Instagram.

She previously had a Twitter account, which she used to promote her short film projects and interact with fans, but it was deactivated in 2011 and she hasn’t been seen online since. There are countless fan pages dedicated to her, with people who have followed her since she began acting. However, with no indication that she will return to her work, these fan pages are gradually losing support and attention.