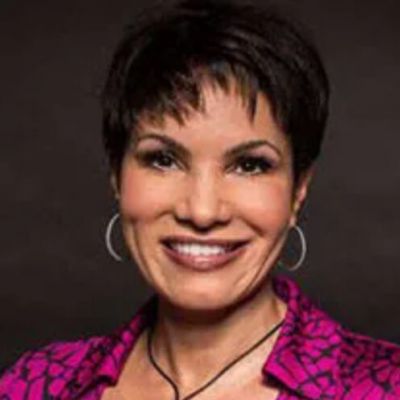 Her net worth is thought to be around $2 million.

Do you know Who is Cindy Brunson?

Cindy Brunson is best known as a sports reporter and anchor for ESPN’s SportsCenter. She currently works as a sideline reporter for football and men’s basketball, as well as a play-by-play announcer for women’s basketball, for the Pac-12 Networks.

Cindy’s career as a sports anchor and reporter has been fruitful. Her estimated net worth is around $2 million. Unfortunately, her earnings and salary are not disclosed.

Cindy has worked for several networks and has hosted numerous shows. Brunson has unquestionably benefited financially from her career as a well-known television anchor and reporter.

Brunson, who was born on June 10, 1975, in Tacoma, Washington, attended the Murrow College of Communication. Cindy Brunson is currently 47 years old. She was born on June 10, 1975, under the sign of Gemini. She enrolled in Curtis Senior High School in University Place, Washington. Brunson became interested in sports broadcasting at the age of 12 after watching American newscaster Robin Roberts discuss sports on ESPN. She would, however, face prejudice for being a girl interested in sports before even beginning her career.

She thought it was “lame” that her mother would assign her as the “beverage girl” to deliver beverages to her father and his buddies who would be shouting in the living room on Sundays while watching football games. As a result, she decided to get an encyclopedia and study the referee’s signals. The following Sunday, she went into the living room and declared, “That was not a hold! I’m surprised the official raised that flag.

Brunson and her father began attending home games for the Seahawks, Sonics, and Mariners regularly after that. And it was only natural that she would pursue a Bachelor of Arts in Broadcast Communication with a Minor in Political Science from Washington State University, which would bring her even closer to her dream job.

Brunson also has an impressive height of 5 feet 9 inches (1.78 m). She also has lovely brown eyes and short brunette hair, which complement her stunning smile perfectly. Cindy maintains a polished and appealing appearance as a television celebrity.

Cindy Brunson married her longtime partner, Steve Berthiaume, in June 2009. Steve, like his wife, works on American television as a play-by-play broadcast commentator for the Arizona Diamondbacks. He has also worked as an ESPN anchor and a sportscaster for SportsNet New York.

Brunson’s husband, Steve, ran cross-country and was the basketball team announcer in Massachusetts, where he grew up. Brunson also has a professional background that is similar to Steve’s. Steve, an Emerson College alumnus, worked for WTIC-HV in Hartford, Connecticut, where he covered the University of Connecticut’s men’s and women’s basketball teams as well as their participation in the NCCA tournament.

Brunson then worked for the CNCCI network, which no longer exists, before joining ESPN in February 2000. Later, he joined ESPNEWS and became a SportsCenter anchor. Berthiaume and Brunson co-anchored their first SportsCenter program in February 2001. Steve left ESPN in 2006 to become the lead sportscaster for the brand-new SNY network, but on March 28, 2007, he returned to ESPN SportsCenter to be closer to Cindy.

Brunson joined the Arizona Diamondbacks in 2013 after Steve was hired by the baseball broadcast crew to replace Daron Sutton as a play-by-play announcer for FOX Sports Arizona in 2012. Since then, the two have both worked for the same broadcasting network.

Cindy Brunson began her professional career at the age of 23 as a weekend sports and news anchor/reporter for KATU in Portland, Oregon.
She covered a variety of topics for KATU, including the Oregon football team, the University of Oregon, and the Portland Trail Blazers of the National Basketball Association, to name a few.
Before joining KATU, she worked as a news reporter and weather anchor at KHQ-6 in Spokane, Washington.
She spent a year at KATU before being hired full-time by ESPN as an ESPNEWS anchor, where she went on to become one of SportsCenter’s most recognizable faces.
Cindy worked for ESPN for the next 12 years, most notably as a host for Hot Take, an anchor for SportsCenter, and an analyst for College Basketball Live.
Despite landing the big break with ESPN, Brunson would face many challenges as a female broadcaster. She quickly discovered the ignorance and fickleness of some fans.
The day after she hosted the show for the first time, she received sexist comments from viewers, with three of them telling her to “get back to the kitchen” and the rest complimenting her appearance.
Brunson decided to interpret them as motivational messages and kept the first “go back in the kitchen” letter for herself after consulting Stuart Scott, a longtime SportsCenter anchor who only replayed the racist comments he had received.