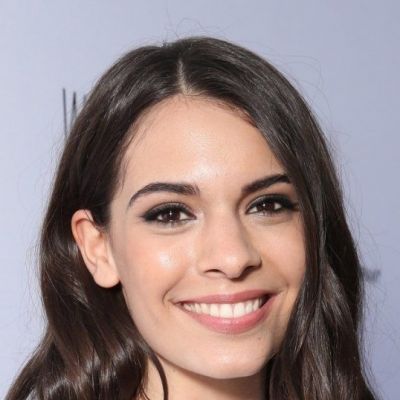 Do you know Who is Claudia Traisac?

Claudia Hernandez Traisac was born on December 14, 1992, in Leganes, Spain; her zodiac sign is Sagittarius, and she is of Spanish nationality. She’s a close to 30-credit actor most recognized for her performance as Maria, one of the key characters in the 2014 historical crime film “Escobar: Paradise Lost.”

Andrea Di Stefano wrote and directed the film, which also starred Benicio Del Toro and Josh Hutcherson, and follows a teenage surfer who falls in love with a girl whose uncle is Pablo Escobar; the film was nominated for a Platino Award for Iberoamerican Cinema for Best Actor (Benicio Del Toro).

Claudia was reared in Leganes by her parents, about whom little is known since she respects their privacy; her father is thought to have been a construction worker, and her mother a cleaning lady. Claudia’s followers assume she is an only child because she has never mentioned having siblings.

Claudia began acting at a young age, and her parents began taking her to auditions when she was nine; Claudia began her career in 2004, at the age of 11, when she was cast as Isabel Nina in the crime horror film “El 7o Dia,” directed by Carlos Saura and starring Jose Garcia and Eulalia Ramon. It tells the story of the feud between the Fuentes and Jimenez families in Extremadura, Spain, and it won three of the 17 awards it was nominated for.

Claudia continued to act throughout her education. She attended a local high school, but after graduating in 2010, she elected not to attend college and instead worked her way up in the film industry.

Claudia met American actor and film producer Joshua Ryan ‘Josh’ Hutcherson in 2013 while filming “Escobar: Paradise Lost,” and the two have been together since.

Josh has appeared in over 60 films and television series, and is best known for his portrayal of the main character Peeta Mellark in the film franchise “The Hunger Games,” as well as roles in the action-adventure comedy film “Zathura: A Space Adventure” and the romantic family comedy film “Little Manhattan,” both in 2005, and the 2012 action film “Red Dawn.”

She hasn’t mentioned any other guys she’s dated, although Josh dated numerous women before meeting Claudia, including American actress Shannon Marie Wada between 2003 and 2006, American singer Rochella Danishei between 2009 and 2011, and American actress Vanessa Hudgens in 2011.

Claudia is in a long-term relationship with Josh Hutcherson, hasn’t married, and has no children as of April 2022.

Claudia made her TV series debut as Yoli in the 2004 science fiction comedy “El Inquilino,” after which she was cast in a supporting role in several successful series, including the comedy “Ke No!”, the biographical drama “La Bella Otero,” and the drama “18.”

The series, which has aired since 2005 and contains over 2,200 episodes, covers the lives of different people following the end of the Spanish Civil War; it has won 16 of the 49 prizes for which it has been nominated.

Claudia appeared in an episode or two of several shows in the years that followed, including the criminal drama “Homicides,” the drama “Carmina,” and another drama “Rescatando a Sara.”

Claudia is highly active on Instagram, where she is now followed by about 150,000 people, and where she has submitted nearly 200 photos, the majority of which were taken in her daily life.

She’s a fashionista because she enjoys keeping up with the current fashion trends, and she’s also a shopaholic because she buys clothes almost every day.

Claudia is physically active, primarily because staying in shape is vital for her acting career; she goes to the gym numerous times each week and follows a rigorous diet.

Summer is her favorite season, primarily because she enjoys tanning at the beach.

Claudia enjoys watching Hollywood films in her leisure time; her favorite actor is Al Pacino, and her favorite films include “Scent of a Woman,” “The Devil’s Advocate,” and “Scarface.”