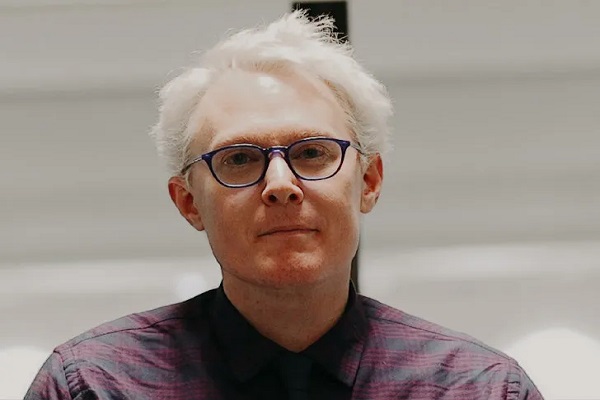 Clay Aiken, an American singer and television personality, has never publicly addressed the LGBT rumors. The birth of his son, on the other hand, shifted his perspective and inspired him to come out.

Even his family was unaware of Aiken’s sexuality. He only told his mum about his sexuality in early 2000. He was heading home with his mother after dropping off his younger brother, Brett Parker, at Camp Lejeune. He cried on the way because he was thinking about his suppressed feelings.

His mother inquired as to what was wrong, and he was forced to pull over. He revealed his sexuality to her after a brief confrontation. His mother supported and soothed him despite his confusion.

A year later, he told his brother that he was gay. Thankfully, his brother backed him up. That wasn’t enough, though.

Aikens still lacked the guts to publicly embrace his sexuality. He never addressed the LGBT rumors that circulated around his name. In-vitro fertilization with a friend and music producer, Jaymes Foster, resulted in the birth of Clay Aiken’s son, Parker Foster Aiken, on August 8, 2008.

In September 2008, he came out after his son was born and shared his coming out story in an interview with PEOPLE.

Clay Aiken’s Boyfriend: Who Is He?

Reed Kelly, a Broadway dancer, was Clay’s first reported boyfriend. He met his partner while performing in Spamalot in early 2008.

In November 2008, the two appeared together at Rosie O’Donnell’s Building Dreams for Kids. After two years of dating, they broke up in 2010. The breakup was revealed when Aiken’s relationship status in her MySpace bio was changed to’single.’

He was said to be dating Jeff Walter the same year. They were spotted together during the Dallas Winter Festival. The couple, on the other hand, never confirmed their relationship.

From a neighborhood band to American Idol

Clayton Holmes Grissom, who was born on November 30, 1978, began singing at an early age in school choruses, musicals, and community theater plays.

He began singing as the lead singer of the local band, Just By Chance, after graduating from high school. In Raleigh, the band performed at the NHL All-Star Game.

Clay leapt into the challenge after a buddy insisted he sign up for American Idol, shocking the judges with his rendition of Always and Forever.
Before being eliminated, the Raleigh, North Carolina native advanced to the 32nd round. Later, he came back for a Wild Card round. He made it to the final 12 with his rendition of Elton John’s Don’t Let the Sun Go Down on Me.

Ruben Studdard, who won the competition in May 2003, finished second to the vocalist.

In October 2003, he published his debut album, ‘Measure of a Man.’ The album achieved multi-platinum status. ‘Merry Christmas with Love,’ ‘A Thousand Different Ways,’ ‘All is Well,’ and ‘On My Way Here,’ were his four consecutive RCA albums.
With Decca Records, Clay released two more albums, Tried and True and Steadfast. To promote his albums, he embarked on eleven tours and sold over 5 million copies. He is the fourth most successful American Idol alumnus in terms of sales.

What is Clay Aiken up to these days?

The reality celebrity is most known for his participation in the second season of the singing competition American Idol in 2003, where he placed second.

Following his rise to stardom as a singer, he made a major career change and became involved in politics. In the 2014 midterm elections, he ran for the Democratic Party in North Carolina’s 2nd congressional district.

He is involved in philanthropy, contributing to UNICEF, and fighting for homosexual rights. The Mary, Did You Know singer also presents “How the Heck Are We Gonna Get Along,” a weekly podcast on Politicon.

Milo Manheim is an American actor and dancer best known for his performance as Zed in the Disney Channel Original Movie Zombies (2018) and its 2020 sequel, Zombies 2.In 2018, he also competed in
Read More