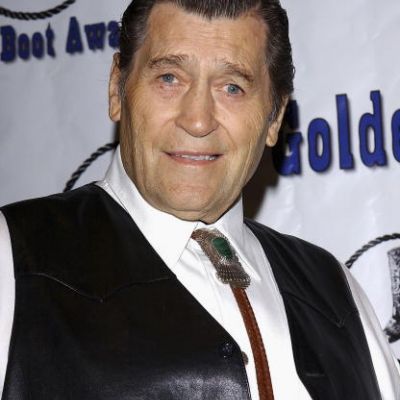 Clint Walker was born in Hartford, Illinois, on May 30, 1927. He was the son of Paul Arnold Walker and a Czech woman named Gladys Huldah. Clint had a twin sister named Lucille (1927-2000). He left school to work in a factory, and in the latter months of World War II, at the age of just 17, he enlisted in the US Navy as a Marine Merchant. He held several occupations in Texas, Nevada, and California after leaving the military.

Walker began his acting career as a client of Henry Willison, who gave him the moniker “Jett Norman” and hired him for a part in “Bowery Boys.” Cecil DeMille later hired him for a role in “The Ten Commandments” in Los Angeles. Given that Warner Brothers Studios were at the time creating western TV programs, this was just enough for the studios to recognize his potential. Walker was cast as Cheyenne Bodie, a valiant roaming cowboy in the post-American Civil War era, in the TV series “Cheyenne,” which premiered in June 1955. Walker’s attractiveness helped him land the lead part.

He was able to showcase his magnetism in the role, which helped him establish himself as a TV western legend. He received two lead roles from Warner Brothers: one in “Fort Dobbs” in 1958 and another in “Yellowstone Kelly” in 1959. Walker also appeared in guest roles on the TV shows “Maverick” and “77 Sunset Strip” in addition to the “Cheyenne” episodes that were made into full-length movies. Walker received a third chance from Warners in 1961 with “Gold of the Seven Saints,” which also starred Roger Moore, who was under contract to the studio. Cheyenne came to an end in 1963.

The Future of “Cheyenne”

Walker played the lead in Kraft Suspense Theatre in 1964. Later, in 1965, Frank Sinatra cast Walker in the military drama “None But the Brave,” the only work Sinatra ever directed. Walker also faced off against a grizzly bear in “The Night of the Grizzly” in 1966, but it was his portrayal as prisoner Samson Posey in the war drama film “The Dirty Dozen” in 1967 that catapulted him to fame. With the release of the Western “More Dead Than Alive” in 1969, he made a comeback. In 1969, he also appeared in several supporting roles in the Western comedies “Sam Whiskey” and “The Great Bank Robbery.”

He portrayed a variety of characters in “Phynx” during the 1970s. He also starred in the 1971 film “Yuma” and appeared in “Hardcase” and “The Bounty Man” in 1972. Later, Walker co-starred with Telly Savalas in “Pancho Villa” in 1972 and appeared in several other 1970s TV shows, including “Baker’s Hawk” in 1976 and supporting roles in “Snowbeast” and “The White Buffalo” in 1977. He also starred in the 1977 Canadian movie “Deadly Harvest,” and in “Mysterious Island of Beautiful Women” in 1979, he played a supporting role.

Clint Walker wed Verna Garver in 1948; however, after giving birth to Valerie in 1950, who would go on to become a pioneering female airline pilot, the couple separated in 1968. Walker remarried in 1974 to Giselle Hennessy, who sadly passed away in 1994, 20 years later. Despite this, Walker continued to make efforts to maintain his romantic relationships. He wed Susan Cavallari in 1997, and the two of them eventually settled down in Grass Valley, California.

Clint Walker narrowly escaped an accident while on vacation skiing in Mammoth Mountain, California in May 1971. He fell from a ski elevator and was struck in the heart by a ski pole; the hospital declared him dead, but the doctor noticed faint signs of life and rushed him to the operating room where he was successfully treated. Walker was back at work, filming in Spain, just two months later. Throughout his extensive career, Clint Walker appeared in over 40 films and TV shows, most of which were westerns.

In 1997, Clint Walker was given a “Golden Boot” honor. His spot in the “Hall of Great Western Performers” at the National Cowboy & Western Heritage Museum in Oklahoma City, Oklahoma, was established in 2004 after he was recognized as a great Western performer.

Clint Walker received a star on the Hollywood Walk of Fame at 1505 Vine Street, not far from the intersection with Sunset Boulevard.

He may not be the wealthiest cowboy of them all, but he is undoubtedly one of the most well-known. Sources estimate his net worth to be around $4 million. He now savors the benefits of his lengthy profession in solitude at home.

Clint Walker doesn’t have a registered page or profile on any of the major social media platforms, which may not come as a surprise since he is 90 years old, regrettably for all of his fans and followers.