Colby Donaldson, the ‘Survivor’ star, and his stunning wife, Britt Bailey, have been open about their undying love and adoration for one another. 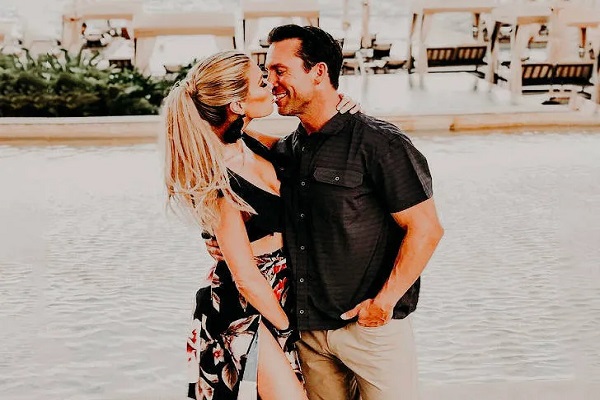 On social media, Survivor star Colby Donaldson and his stunning wife, Britt Bailey, have shown their undying love and adoration for one another.

Donaldson and Bailey, for example, never hesitate to show their love for one another.

Bailey recently shared two cute images of the couple on the occasion of Donaldson’s birthday on April 1, 2021. She wished her “handsome April Fools’ baby” a year filled with joy, happiness, and success.

The reality TV star’s better half gave him a birthday kiss on the cheeks and a side embrace in the first image. The second shot was made remarkable by the couple’s enormous brilliant smile.

Bailey also expressed her gratitude for being by her side amid all of the incredible things he has going on. She also expressed gratitude to her mother-in-law for introducing him to her. “I love you,” she wrote at the end, with a kissing emoji.

Similarly, on March 4, 2021, Donaldson posted a retro vacation photo with his wife to Instagram, which was taken before the outbreak. “When foreign travel didn’t require communicable virus testing and quarantine,” he captioned it, remembering the good old days when traveling was simple.

The shot was taken in a gorgeous outdoor area with an ocean backdrop, and it showed the couple in a romantic stance, with Bailey kissing Donaldson while he smiled. Bailey chose a black crop top with a long floral skirt and black tasseled earrings, while the Survivor star wore a black shirt and beige slacks for a more relaxed look.

On the occasion of Valentine’s Day, the couple couldn’t help but share their stunning wedding photo. Bailey joked in the caption that the only person she’d be trapped with on a Hallmark holiday amid a winter vortex is her hubby. She added, “Cliché Valentine’s Day Post.”

For the past five years, the couple has been married

On September 24, 2016, the attractive pair exchanged wedding vows. Despite the fact that the couple has only been married for a short time, they have been together for a long time. Before agreeing to go down the aisle, the reality show host and the interior designer, both 45, had been dating for years.

Donaldson and Bailey have a 10-year-old daughter, Brinley. Bailey shared a wonderful family photo of the three of them and their three dogs on March 22, 2021. “Donaldson party of six!” she posted, along with the hashtags #DogMom, #GirlMom, #DogsAreTheBest, and #GangsAllHere.

Bailey has been a Senior Consultant at a beauty firm called Beauty Corner for almost two years, according to her LinkedIn profile. She also works at Allen Bailey and Associates as an Office Manager.

From March 2007 until February 2009, Bailey worked as a designer at Nelson Construction and Design, and from September 2012 to January 2013, she worked at Root Design Company. From October 2009 to September 2014, she was also the proprietor of Britt Bailey Designs.

In 2005, the designer earned a bachelor’s degree in interior design with a minor in technology from Texas State University.