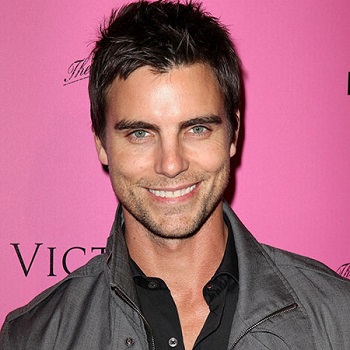 Colin Egglesfield is a well-known actor who has played Josh Madden on the long-running soap opera All My Children and Auggie Kirkpatrick on Melrose Place. Following his breakout appearance in the TNT TV series Rizzoli & Isles, his fame grew even further. From 2016 to 2018, he played Bradley Wheeler in the TV series Lucifer. He also appeared in A Stranger in Paradise, Space Between Us, and Reprisal, among other films.

Colin Egglesfield was born Colin Joseph Egglesfield on February 9th, 1973, in Farmington Hills, Michigan, USA, under the zodiac sign Aquarius. He is Kathleen Egglesfield’s and William Egglesfield’s son. He is of American nationality and comes from a diverse ethnic background in terms of ethnicity. His mother is of Irish descent.

Egglesfield grew up in a Catholic household with his two siblings, Kerry Egglesfield, his older sister, and Sean Egglesfield, his younger brother. At the age of ten, he and his family were relocated to Morris, Illinois. He went on to study at the University of Iowa after graduating from Marian Catholic High School.

Colin Egglesfield went on to guest star in a number of shows, including Nip/Tuck, The Street, Gilmore Girls, Law and Order: Special Victims Unit, Charmed, and others. He went on to star alongside Diane Lane, John Cusack, Dermot Mulroney, and Ali Hillis in the film Must Love Dogs. In the long-running television series All My Children, he played Josh Madden.

Colin Egglesfield’s other credits include a role in Beautiful Dreamer, a film he wrote and directed, which won the award for Best America Full Feature Film. He’s also renowned for his roles in Melrose Place and the film adaption of Something Borrowed as Auggie Kirkpatrick. He’s also made an appearance on The Client List.

Colin Egglesfield owns his own clothing business, Shout Out Clothing, and has been named one of the sexiest men alive. In 2017, he landed a role in the film The Space Between Us. He went on to play in the film Reprisal the following year. The actor portrayed Bradley Wheeler in the American fantasy police procedural drama TV series Lucifer from 2016 to 2018.

In addition, Egglesfield and Tyler Neitzel are co-founders of the real estate firm Stage 2 Properties. The company renovates homes on Chicago’s South Side.

Colin Egglesfield has amassed a sizable fortune from his acting career, with a net worth of over $3 million, according to Celebrity.

He starred in the 2011 romantic comedy film Something Borrowed, which was an instant box office blockbuster, generating more than $60 million against a $35 million production budget.

All of his jobs have been well received, and he is well compensated. In addition, he owns a dog.

Colin Egglesfield is a gifted and attractive actor with a large female following. In 2009, he dated Stephany Jacobson, a stunning woman. Until 2011, the pair had only been together for two years. The cause for their breakup has yet to be revealed.

In the year 2012, Colin Egglesfield was said to be dating Jennifer Love Hewitt. However, the information was never verified. In the year 2014, the actor began a relationship with Malin Akerman, a Swedish actress, model, and singer. However, after a year of dating, the two broke up.

The actor has never married and is not currently dating anyone.

Blue is your eye color.