Mikey Williams’ father, Mahlon Williams, remarked that he wants his children to finish college, even if they are focused on their separate occupations. 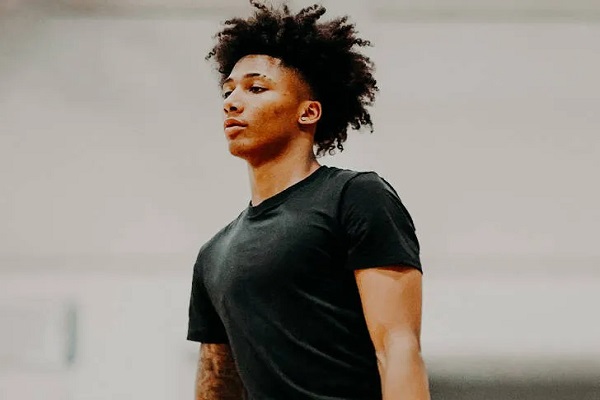 The 16-year-old basketball player is a fierce competitor who aspires to be the best in the world. One of the reasons his coaches and fans admire him so much is because of his philosophy.

Mikey has put in a lot of effort and sacrifice since he was a child to achieve this. However, the prospective sportsman has not abandoned his study and devotes equal effort to his schoolwork.

And Mahlon, the player’s father, is on the same page when it comes to his children’s education.

Mahlon stated in a February 2021 interview with the Charlotte Observer that he wanted his children [including son Mikey] to complete their college educations, even if they were focused on their various occupations.

He went on to suggest that it would be “icing on the cake” if his children earned a second degree or education after completing their college education.

“If some are fortunate enough to bypass college (after high school) and do something else and come back to college, well, a lot of people do that. You go to the (NBA), one-and-done, and promise your mother and your father that ‘I’ll get my education.’ But education is huge for me and their mother.”

The basketball player revealed on Twitter in September 2020 that he will be transferring from San Ysidro High School to Lake Norman Christian School in Huntersville, North Carolina, for his sophomore season.

Skye, 14, and Marvin, 13, the top player’s younger siblings, are both athletes.

Skye, Mikey’s sister and a nationally recognized softball player, is a freshman living in California with her mother, Charisse Williams. Oklahoma, Washington State, Washington, and UCLA are among the colleges that have offered her scholarships.
Marvin, his younger brother, is in middle school and lives in Charlotte with Mikey and his father. Marvin is a basketball player as well.

Despite the fact that Mikey and his sister Skye live far apart, they are frequently seen on Instagram Stories sharing childhood memories and leaving comments on one another’s posts.