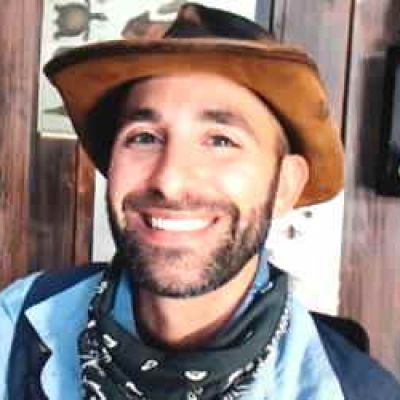 Coyote’s net worth to be more than $2 million

Do you know Who is Coyote Peterson?

Nathaniel Peterson was born on September 1, 1981, in Newbury, Ohio, USA; he is better known to the public as Coyote Peterson, the name behind his very popular wildlife YouTube channel “Brave Wilderness.” Coyote hosts a variety of series on the channel, including Discovery Digital’s Emmy Award-winning “Breaking Trail,” “Dragon Tails,” and “Base Camp,” to name a few.

Coyote’s physical characteristics are as follows: he stands slim and tallish at 71 inches (180cm) and weighs around 150 lbs (68kg).

Coyote Peterson was raised in Newbury and developed an interest in wildlife as a child when, at the age of eight, he caught a 40-pound snapping turtle. He attended Notre Dame Cathedral Latin, one of the most prestigious and oldest schools in Ohio, and then enrolled as a film student at Ohio State University, where he graduated in 2004.

Coyote Peterson’s current career began in 2014 when he began creating and posting videos on his YouTube channel called “Brave Wilderness.” This channel contains a number of series that follow his journey into the wilderness, during which he encounters numerous animal species and interacts with them in previously unseen ways.

The act of deliberately taking physical damage from a dangerous animal, which arose from Coyote’s natural passion for wild animals, which he intended to merge with the knowledge gained during his years as a film student at the aforementioned university, and which subsequently brought him fame, is perhaps one of the most unique wildlife interactions that Coyote Peterson brought to the wildlife series genre. Along with a few of his colleagues, he began producing and posting videos that were eventually noticed by the Discovery Channel, and Coyote’s channel had its rights purchased by Discovery, and it’s been affiliated with the television giant ever since.
The most important show on Coyote Peterson’s YouTube channel, formerly known as Animalist, is called “Breaking Trail,” and it features Coyote trailing, observing, and interacting with various types of wildlife, mostly aimed at young viewers. When Discovery Channel became interested in Coyote’s show, they quickly discovered that it had an extremely positive impact on youth, educating them about wildlife in a way that few other shows could. Coyote’s efforts were recognized in 2015 with a Discovery Digital Emmy Award in the Youth/Teen program category.

Coyote Peterson is the active owner of a large and popular YouTube channel, with over 10 million subscribers and over 1.7 billion views (and counting). As a result, credible sources estimate Coyote’s net worth to be more than $2 million as of mid-2018. The aforementioned Emmy Award, as well as his book sales and rising YouTube popularity, have all contributed significantly to this value.

Unfortunately, Coyote is not fond of divulging personal information. His wife’s identity is unknown for the time being, but we do know that his daughter goes by the alias Pup Peterson and was born in 2008.

Aside from his wildly popular YouTube channel, Coyote Peterson is usually quite active on Facebook and Twitter, and those interested in his most amusing activities can always visit his Instagram page. There’s also Coyote’s own website, where fans can keep up with his activities at any time and gain access to the full range of services that Coyote provides online, such as the ability to purchase fan merchandise.