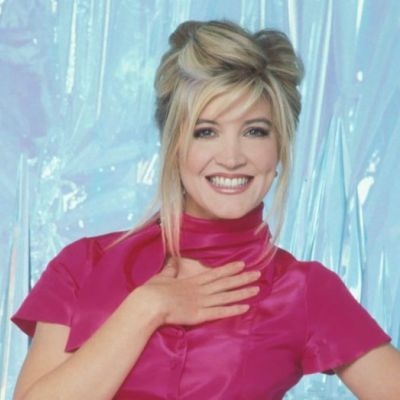 Her net worth is more than $5 million.

Do you know Who is Crystal Bernard?

Crystal Lynn Bernard was born on September 30, 1961, in Garland, Texas, USA, and is an actress, singer, and songwriter best known for her eight-year stint on the sitcom “Wings.” She has also appeared in other television and film projects.

Crystal was raised in a Southern Baptist home by her father, a televangelist who traveled across the United States. She developed an early interest in both singing and acting, and she began singing gospel songs with her elder sister. When they were eight years old, they recorded a song and frequently performed with their two younger sisters.
She grew up in Houston, Texas, and studied acting at the Alley Theatre. She attended Spring High School and, after graduation, Baylor University, where she studied acting and international relations. In 1982, she landed one of her first primetime television roles in the popular TV sitcom “Happy Days,” where she played KC Cunningham during the show’s tenth season, alongside Ron Howard, Henry Winkler, Tom Bosley, and Marion Ross. She went on to make guest appearances on other popular television shows after her appearance there.

Bernard then joined the cast of “It’s A Living,” in which she played Amy Tompkins in a show set in a restaurant at the top of the Bonaventure Hotel in Los Angeles. Her next notable role was as Helen Chappel Hackett, a café counter operator at the airport in the sitcom “Wings,” which ran from 1990 to 1997 and was set in a small fictional two-airline airport called “Tom Nevers Field Airport.”

Crystal Bernard also appeared in other projects at the same time, including “Young Doctors in Love” with Ted McGinley and “Slumber Party Massacre 2.” She appeared in the television film “To Love, Honor, and Betray,” two Hallmark Channel movies, and a television pilot called “Chameleons,” in which she played a self-proclaimed crazed heiress; however, the series was not picked up after the pilot. She appeared in several films in the 2000s, including “Jackpot,” “Welcome to Paradise,” and “Grave Misconduct.”

After her run on “Wings,” Crystal went on to appear in three stage productions, first in “Crimes of the Heart,” which was nominated for a Tony Award for Best Play, then in a revival of “Annie Get Your Gun,” as one of the actresses to play Annie Oakley in the fictionalized version of sharpshooter Annie Oakley’s life from the late 1800s to the early 1900s. Her most recent stage project was “Barbra’s Wedding,” in which she co-starred with Daniel Stern.
Crystal would also work as a singer and songwriter in addition to acting projects. She has several albums out, one of which included a gospel song with her father. She also co-wrote the song “If I Were Your Girl,” which appeared on Paula Abdul’s album “Head Over Heels,”.

Crystal Bernard’s  net worth is more than $5 million.

Bernard has been linked to several celebrities throughout her career. She dated political commentator Rush Limbaugh in the late 1990s, but the relationship ended abruptly due to their hectic schedules. She dated actor Billy Dean for less than a year in 2004. There were rumors that Bernard secretly married singer Peter Cetera. But there is no confirmation that Crystal has married, so she is presumed to be single.