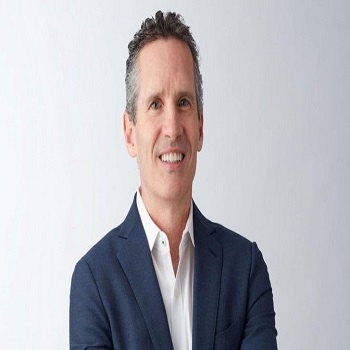 Dan Springer, an American business executive with over 25 years of experience in the Software-as-a-Service (SaaS) market, is presently the CEO of DocuSign, a billion-dollar firm. With DocuSign Agreement Cloud, the company administers electronic agreements across all industries and provides signatures.

Dan began his professional career shortly after graduating from Harvard University in 1991 and has held managerial and leadership positions in more than eight firms. Springer was also a Broad member of Ansira Partners Inc, YuMe by RhythmOne, iCIMs Inc, and Heighten during this time.

Springer has been a Trustee of the Boys & Girls Club of San Francisco since July 2019.

Springer was born in the United States in 1965 and received his AB in Mathematics and Economics from Occidental College between 1981 and 1985. He then went on to Harvard University, where he earned an MBA in General Management in 1991.

Dan Springer began working as a consultant at McKinsey in October 1991. He joined Next card as Chief Marketing Officer in the fall of 1997 and stayed there for two years and ten months, or until September 2000.

Dan Springer was the CEO of Tello from 2000 to 2001 before joining Modem Media as Managing Director (April 2002- February 2004). Following that, in March 2004, the American business executive was named Chief Executive Officer (CEO) of Responsys, a major cross-channel marketing firm.

Springer led the $1.6 billion sales of Responsys to Oracle Corporation, founded by Larry Ellison, Bob Miner, and Ed Oates, on December 23, 2013. In March 2014, he resigned as CEO and became a stay-at-home father, opting out of senior positions. Dan continued to serve on the boards of several companies, however:

How Did He Become DocuSign’s CEO?

Dan Springer was named CEO of DocuSign in January 2017, roughly four years after leaving Responsys. The company went public in April 2018 under Springer’s leadership and has a market cap of $39.21 billion as of September 10, 2020.

Dan also supervised the acquisitions of SpringCM for $220 million in July 2018 and Seal Software for $188 million in February 2020 after taking over as CEO.

Springer, 56, has a net worth of $480 million as of September 2020, according to web sources. His DocuSign shares and remuneration as CEO, as well as earnings from past businesses, are included in the value.

Who Is His Wife If He Is A Father Of Two?

Dan Springer was married in the past, however, he divorced in 2013. He and his wife (whose name has been withheld) have two sons. Dan left Responsys and became a full-time stay-at-home dad to raise his college-aged sons.