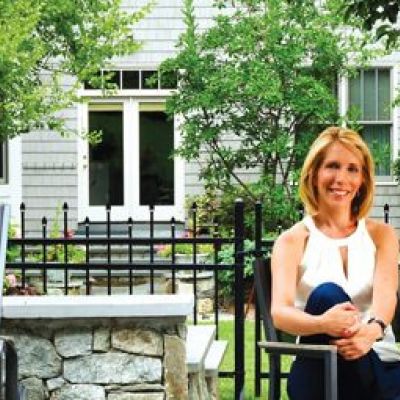 Do you know Who is Dana Bash?

Dana Bash is a multi-talented personality who is not only a journalist but also an anchorwoman. She is best known as CNN’s chief political correspondent. Aside from all of this, Dana is well-known for being the ex-wife of CNN national journalist John King.

With a weight of roughly 130lbs (59 kg) and a height of 5ft 6ins, the 47-year-old journalist has a thin and toned physique figure (1.68 m). All of this, together with her blonde hair and blue eyes, contributes to her attractive appearance.

Dana Ruth Schwartz was born on June 15, 1971, in New York City, USA, under the sign of Gemini, as one of four children in the Reform Jewish family of Frances Weinman Schwartz, a Jewish studies educator, and author, and Stu Schwartz, the senior broadcast producer of ABC News’s “Good Morning America” show; she is of American nationality and white ethnicity. Dana matriculated at George Washington University after graduating from Pascack Hills High School in Montvale, New Jersey, where she also excelled in sports during her adolescence. She earned a Bachelor of Arts degree in political communications from George Washington University. Throughout her education, she interned at broadcast television networks such as CNN, NBC, and CBS.

Dana began her professional career in 1993, when she joined CNN as a producer for the network’s weekend programming, including political talk shows “Evans, Novak, Hunt & Shields,” “Late Edition with Wolf Blitzer,” and “Inside Politics.” She was previously an assistant journalist and CNN’s political correspondent, reporting from Capitol Hill on US Congress issues. Dana eventually became the network’s main political correspondent, specializing in matters affecting the US Senate as well as the US House of Representatives.

Dana covered the presidential primaries in 2000, and she occasionally traveled with political heavyweights such as former Vice President Al Gore and Senator Bill Bradley. She also covered the 2004 presidential election as well as the 2006 midterm elections, and throughout the 2008 and 2012 presidential election campaigns, Dana served as CNN’s chief reporter for Republicans, and she also reported on the STOCK Act gap. Dana was the network’s principal reporter on midterm election night in 2014, and she was the primary reporter covering the Republican Party’s presidential contenders in 2016. She has also hosted the CNN television series “Badass Women of Washington with Dana Bash” since mid-2017.

Dana has received various honors and important awards throughout her career, including the National Press Foundation’s Everett McKinley Dirksen for Distinguished Reporting of Congress Award, as well as the Joan S. Barone Awards and the Peabody Award. Dana Bash was also awarded an Honorary Doctorate of Humane Letters from Franklin Pierce University in Rindge, New Hampshire, in May 2018.

Have you ever wondered how much money this 47-year-old American journalist has amassed? Dana Bash’s net worth? According to credible sources, Dana Bash’s net worth as of mid-2018 is projected to be over $2 million, obtained by her on-camera reporting profession that has been active since the early 2000s. Dana’s annual pay has yet to be released publicly.

No, she is not currently married, but it has been publically acknowledged that she has already been married twice! In 1998, Dana married the former Chief of Staff of the CIA, Jeremy Bash with whom she spent almost 10 years before they divorced in 2007. A year later in May 2008, Bash married colleague CNN correspondent John King, with whom she welcomed one child. However, soon after their son, named Jonah Frank King, was born in 2011, the couple parted their ways and divorced in 2012.

Since 2013, Dana Bash has been in a romantic relationship with American actor and producer Spencer Garrett, who is perhaps best known for his appearances in movies such as “Air Force One” (1997), “Public Enemies” and “Transformers: Revenge of the Fallen” both in 2009. More details of how the couple met and began their relationship could be found here.

Dana is active on various social media platforms, including Twitter, where she has about 350,000 followers, and Instagram, where her official profile – @danabashcnn – has over 28,000 followers.