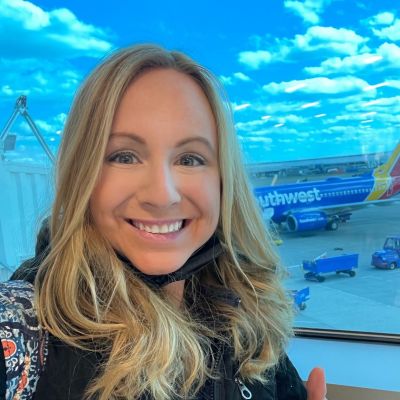 Her entire net worth might be as high as $5 million or as low as $1 million.

Danielle Breezy has had an interest in observing weather conditions since she was a child. She grew up in areas outside of Philadelphia and seen several events, including blizzards, ice storms, and tornadoes. She was in eighth grade when a local television meteorologist came to her school to talk about the weather. She had always wanted to be a meteorologist, so she began working toward that goal.

She pursued her passion for being a meteorologist after finishing high school by studying atmospheric science (Bachelor of Science- B.S) at Cornell University. She then traveled to Nashville via other states and districts such as Salisbury, Oklahoma City, Dallas, and Boston.

Danielle also obtained the CBM (Certified Broadcast Meteorologist) Seal of Approval. This is one of the most prestigious accreditation badges in meteorology. She is also the 2022 Chair of the American Meteorological Society Board of Broadcast.

Danielle began her career as a meteorologist with WBOC-TV in 2006. She worked there for two years and eight months. From June 2009 through November 2011, she worked for Sinclair Broadcast Group as a Meteorologist, Morning Feature Reporter, and Good Day Oklahoma Anchor. She then worked for Tribue Broadcasting as an Eye Opener Host, Host & Meteorologist at CW33/KDAF from November 2011 to January 2013.

During that time, she was in charge of the shows that aired in Dallas and other cities such as Houston, Miami, Portland, and Philadelphia (her hometown). During this time, she worked as a freelance meteorologist for Fox Television, but she could only do so for three months. Her freelancing assignment was in the Greater Philadelphia Area.

During that period, she was required to report the weather conditions in her hometown of Philadelphia, a job she thoroughly enjoyed. She worked for Hearst Television as a meteorologist for WCVB in the Greater Boston Area from April 2013 to July 2016. She then joined News 2 as Chief Meteorologist, where she has been since July 2016.

Danielle was awarded by the American Meteorological Society in 2021 for her life-saving efforts while covering the March 2020 tornado outbreak in Middle Tennessee. She received the June Bacon-Bercey Award, which was specifically presented for her outstanding performance and Broadcast Meteorology. She was named one of Nashville Business Journal’s 40 under 40 in 2020.

Danielle Breezy has a happy marriage. She is married to Joe Breezy, who is a midday host on Hot 106.7 and the FM radio station’s brand manager. His Instagram handle is @JoeBreezyRadio, and he identifies himself as a “nationally syndicated radio DJ, program director, TV dude, and professional vibe guy.”

Both spouses appear to be much in love, as evidenced by their Instagram photos. It looks that the couple went on a Christmas-themed outing. Danielle also released a video of her holiday in the Maldives on December 22, 2022, while enjoying the water bodies and sunbathing in a swimsuit.

She may be found on Instagram as @daniellebraeezytv, where she defines herself as an entrepreneur, Chief Meteorologist, Cornell graduate, and wife of @JoeBreezyRadio, aka Joe Breezy.

Danielle Breezy Salary and Net worth

Danielle Breezy gets a good living as Chief Meteorologist due to her consistent and exciting work. Her entire net worth might be as high as $5 million or as low as $1 million.