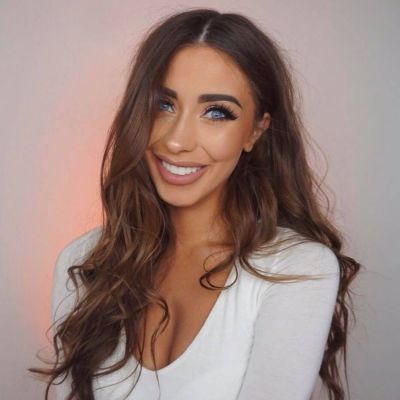 Do you know Who is Danielle Mansutti?

The YouTube platform has helped many people become famous, and its recent surge in popularity has helped vloggers, gamers, comedians, and other people with fascinating stuff to submit to become famous as well. One of them is our own Danielle Mansutti, a YouTube celebrity with more than 1.6 million subscribers to her official channel. She discussed some intimate events with her devoted admirers while using YouTube to advertise her makeup abilities.

On November 4, 1994, in Hertfordshire, England, Danielle Mansutti was born. Regrettably, Danielle hasn’t given much about her early years, including the names of her parents and their occupations, as well as whether she has any siblings or is a single child. The majority of Danielle’s youth was spent in England, but after she reached 12 her family migrated to Australia. Danielle later visited her native country again and is now a resident of Brighton, England.

Danielle has always had a creative part to her personality; as she got older, she developed that side and gravitated toward being a graphic designer. However, once she began wearing makeup, her imagination wandered off, and she began experimenting with the product. She improved gradually as a makeup artist and decided to teach other young women all around the world. She then started a YouTube channel, and on July 21, 2014, she posted her first beauty-related video, “Review: Tape Hair Extensions | Danielle Mansutti.” Danielle kept posting similar content, concentrating on style and beauty tips, and her subscriber count quickly grew significantly.

Danielle’s popularity grew over time, leading to the creation of more videos, but now she also incorporates videos that promote animals in addition to her fashion and lifestyle videos. She also started providing motivational talks to those struggling with mental health. Danielle’s popularity only increased as a result, and she now has more than 1.6 million members. More than 110 million people have watched her videos, and some of the most popular ones are “Picking Up My Pug Puppy!” with over five million views, “How I Whitened My Teeth at Home” with over 3.6 million views, and “YOU’RE UGLY.” with just over three million views, among many others that have only boosted Danielle’s fame and fortune.

What is your knowledge of Danielle’s private life? Well, this well-known YouTuber hasn’t said much about it yet because she typically keeps the majority of her private information hidden from the general public. But certain information simply couldn’t be kept a secret for long, and in 2015 it became known that she was dating a man named Michael. Unfortunately, they didn’t stay together for very long; they split up later that year. Since that time, Danielle has primarily concentrated on her promising profession and has made every effort to be a successful YouTuber.

Over 475,000 people follow her on her official Instagram page, where she has uploaded photos of herself from numerous photo shoots. She has shared her most recent professional undertakings, such as the newest videos, with her over 150,000 followers on Twitter, where she is also highly active. She is also well-liked on Facebook, where she has just over 100,000 fans.