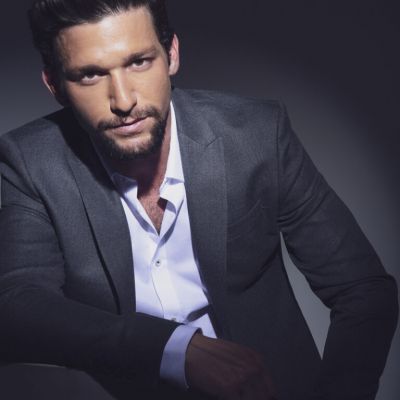 Do you know Who is Daren Kagasoff?

Daren Kagasoff is a well-known American actor best known for his performances in television shows such as “The Secret Life of the American Teenager” and “The Village.” His route to acting was full of shocks and abrupt turns as he studied for a BA in business management at university, but circumstances forced him to pursue his passion of being an actor, and he was successful in this profession. Let us learn more about his present relationship situation, family, net worth, and so on.

Daren was born into a Russian Jewish household with an older brother, Justin, and a younger sister, Natalie. According to his regular Instagram posts, he has a solid relationship with his parents and values their love and support throughout his life.

He mentioned that they were always there behind him, offering their wisdom and holding his hand when he was in difficult situations and didn’t know what to do next in his life. ‘I kept going back and forth with myself, thinking, oh do you want to act, because I didn’t know what my parents would say, and finally just contacted them and said listen, I want to go back home and start acting, and they were like “Okay, just do your thing,”‘ Daren stated in one of his interviews.

Daren went to Montclair Preparatory High School, where he graduated in 2005. In one of his interviews with Seventeen magazine, he stated that he had low marks in high school and was a true rebel, thus his teachers suffered as a result of his attitude.

He also played shortstop for his high school baseball team, but when it came time to select what to do next with his education and career, he enrolled at San Francisco State University to study business management. He attended drama lessons while studying there and quickly realized that he wanted to pursue an acting profession, so he dropped out of university.

Daren is frequently linked to his coworkers. He was said to be dating Shailene Woodley, who co-starred in “The Secret Life of the American Teenager” with Daren. However, none of them acknowledged the claims, however, they did not deny their affair, leaving people to speculate if they were a couple or not – finally Daren admitted that they were simply pals.

Daren has always been a romantic person, having had his first kiss when he was 13 years old in middle school. He once admitted to being in love with a classmate, but he later realized that the romance took up too much of his time and that he should have focused on his studies instead. In one of his interviews, he also revealed to having a crush on Kate Winslet when he was younger; he was awestruck by her beauty and brilliance, and he want to meet her in person.

Daren has posted a few images of his current girlfriend on his Instagram page. Breanna Trupiano is a hair colorist and stylist at the “Andy LeCompte” salon in Los Angeles, California.

They’ve been dating for a few months and have been to several events, including the West Hollywood Pride Parade. They enjoy traveling together but don’t reveal too much about their relationship in order to keep it private. Daren, on the other hand, referred to Breanna as his “beloved” in one of his Instagram postings. She also uploaded a few photos of them hugging and having fun together.

Daren revealed in one of his interviews that his favorite actor is Leonardo DiCaprio. He made excellent friends with Dominic Chianese on the set of “The Village” and even spend Christmas 2018 with him and his family, saying he was incredibly lucky to be there and that “family is where you find it.”

Daren’s present net worth is estimated to be over $2 million, gained via hard work as an actor, despite the fact that he could not have predicted this at the start of his life path. However, he is signed to multiple more seasons of other programs, thus his net worth will only increase in the future.

He was quickly cast in the major part of Tim, an alcoholic slacker, in the 1996 film “Suburbia,” which was also a stage performance. Daren began auditioning for series, films, and TV roles after graduating from several acting courses, and managed to impress famous producer Brenda Hampton, who immediately chose him to be the main cast member in the Daren Kagasoff Family’s “Secret Life of the American Teenager,” in which Daren played Ricky Underwood. The show was a big hit, lasting five seasons and 121 episodes.

Daren was cast as Alex in the pilot episode of FOX’s “Delirium,” which was based on Lauren Oliver’s eponymous novel, on February 24, 2013.

However, the pilot episode was a flop with the audience, thus it was turned into a TV film rather than a series. Daren later landed the role of Trevor in the supernatural horror film “Ouija” (2014), co-starring alongside “Bates Motel” star Olivia Cooke and Ana Coto, a young Puerto Rican actress.

Daren is a man with dark brown hair and hazel eyes. He stands 6ft (1.83m) tall and weighs approximately 176lbs (80kgs). His vital statistics are currently inaccessible, but it is clear that he stays fit and frequently posts semi-naked images of his muscles. His wardrobe style is classy and informal, with suits, trousers, shirts, and occasionally jeans.

Daren is quite active on several social media networks. He is now promoting the new season of “The Village,” thus he posts a lot of mutual photos with the other cast members. Thus, his Instagram account has over 230,000 subscribers and over 500 posts, while his Twitter account has over 110,000 followers.