Despite going through a difficult divorce, Dave Gardner was ready to fall in love again. Dave’s second foray into the dating game was a success, as he found the perfect life partner. 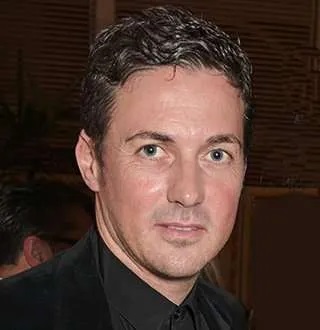 The 41-year-old is a sports agent who represents a number of high-profile celebrity footballers, including David Beckham.

Dave Gardner was born in England on September 17, 1976, and grew up with a dream of playing professional football. He, like every other kid in the UK, aspired to be a footballer and began his journey with the world’s most powerful club, Manchester United.
As a 14-year-old, he joined the academy but was unable to persuade then-Manchester United manager Sir Alex Ferguson to give him an official contract.
But it was not the end of the world for Dave; rather, it was the start of a new chapter in his successful career.

Following his retirement from football, Dave Gardner established a football agency.
After failing to secure a playing career, he became a football agent, working alongside Sir Alex Ferguson’s son, Jason Ferguson. The pair founded Elite Sports and had several high-profile clients on their books, including David Beckham. David Beckham is not only his most important client at the agency, but also a close friend. He has several photos with the retired football player and they have a strong friendship. Dave was left to fend for himself after Jason was embroiled in a scandal and had his license revoked. Despite the setback, Dave persevered and is now one of the richest football agents in the world.
Despite his failure to make the transition from academy to professional football, he maintained contacts with celebrity footballers.

Not only did football introduce him to the celebrity lifestyle, but he also met Hollywood royalty and was granted membership at Kate Moss’ social club, where he met his future wife, actress Davinia Taylor.

Davina, an English actress, is the daughter of Alan Murphy, the “Loo Roll Millionaire,” whose net worth is estimated to be around £180 million.
The couple began dating in 2002 and married in 2003 in a lavish ceremony. Seven years after their wedding, Dave and his wife welcomed their first child, a son named Grey.

However, Davinia’s partying lifestyle caused schisms between the husband-wife couple, and Dave filed for divorce in 2011 citing her irrational behavior as the reason. The acrimonious divorce saga lasted two years and resulted in Dave being awarded custody of their son as well as a sizable divorce settlement, which increased his net worth.

Dave moved on from Divinia and rekindled his romance with actress Liv Tyler, the daughter of Aerosmith frontman Steven Tyler. Kate Moss introduced them and they began dating in early 2014.
The two struck up an instant connection. According to a source, the couple was the real deal and had gotten hooked for life.

After the birth of their son, Sailor Gene Gardner, a year after they began dating, the couple’s family grew from four to five in 2015. Wedding is postponed after the bride-to-be becomes pregnant
The birth of Sailor reduced the couple’s distance and increased their love, with the couple unafraid to flaunt their love in public. In September 2015, the couple decided to give their relationship a name and became engaged. Following their engagement, the couple had already begun to plan their wedding. However, the impending arrival of their second child, a daughter, forced them to postpone their wedding day. In July 2016, the couple welcomed their second child, a daughter named Lula. In addition, Liv stated in August 2017 that the couple has always desired a family and a loving partnership.

Is Dave Gardner married to Liv Tyler in 2018?

Fans have been wondering when their wedding will take place since they postponed their plans. But when exactly is the question? The couple is engaged but not married, as Dave’s wife Liv stated in a 2016 interview with E! News when asked about their wedding date:

Dave is thought to have a net worth of millions as one of the most successful football agents, though the exact figure is unknown. His contracts with celebrity footballers enabled him to stay in the game as an agent, where he has built a successful career.

Furthermore, his net worth increased following his divorce from Davinia. The former couple reached a financial settlement in July 2010. Dave’s ex-wife awarded him a settlement in the region of £1 million. Furthermore, Davina lost custody of Grey, her son with Dave, who is now ten years old. As a result, Dave was awarded custody of their son as well as spousal support in the millions, increasing his net worth even further. Liv, his current partner, has a net worth of $20 million. After Liv expressed her desire for a family with Dave, the couple purchased a lavish £11.25 million London home in West London in November. The house is close to the home of Dave’s friend, David Beckham. The four-story townhouse features mid-century furniture, extravagant chandeliers, feature walls, and art deco floors.