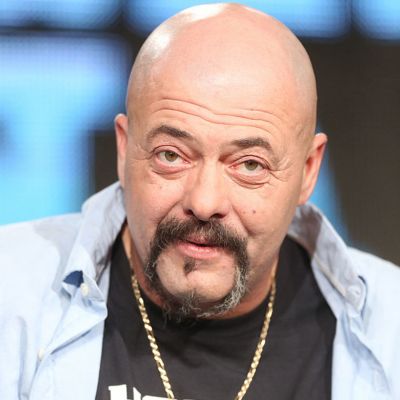 Do you know Who is Dave Marciano?

Dave was born on December 5, 1965, in Ipswich, Massachusetts, USA, under the zodiac sign of Sagittarius and with American nationality. He is well-known in the United States as a fisherman who participated in the television series “Wicked Tuna.”

Dave grew up in Ipswich with his family, and despite not being born into a fishing family, his mother used to take him to the ponds in his hometown, and he once asked her if she would purchase him a ‘fishing stick.’ When he initially received it, he would spend many hours fishing – or angling, for enjoyment – and his enthusiasm for it became greater over time – he was ‘hooked’ for the first time when the hook went through his ankle! He had no troubles due to it because his mother took him to the hospital, where they cut him a little and removed the hook – ‘Cut cut, right through the hook, and slide it right out, easy as pie.’

When he was nine, his parents moved him to Beverly, a harbor city, where he had the opportunity to improve his skills and talent – he enrolled at Gloucester High School while simultaneously studying and working on a Yankee Fleet Boat – he wasn’t very interested in studying, preferring to spend time on the boat – he finished school but decided not to pursue a college degree, preferring to pursue his dreams

Dave is a married man, having married his other half Nancy in 1990, and she has given birth to their three children, Angelica, Joseph, and Eva. Even though their children do not share Dave’s enthusiasm for fishing and do not appreciate spending too much time on the boat, Dave loves them unconditionally and is letting them select what they want to be in life.

Nancy, his wife, has worked in the fishing industry since she was a child; all of the males in her family are fishermen, and she grew to enjoy it as the years went by. She is frequently spotted fishing with Dave, and even without him, she retains the record for the largest fish caught by a woman in Massachusetts.

Dave Marciano’s Net worth and earnings

According to reliable sources, Dave’s current net worth exceeds $600,000 and is steadily increasing – he is claimed to earn roughly $8,300 for each episode of “Wicked Tuna” in which he appears.

As soon as he graduated from high school, the same company for which he had previously worked offered him a full-time position, which he eagerly accepted and quickly obtained his Captain’s license. Even though he was earning a good living as a Captain, Dave realized he could do more, so he purchased a ship and began working for himself.

He was immediately requested to appear in the National Geographic TV series “Wicked Tuna,” which made him slightly famous because the show was highly popular, showing how the fisherman lives while on the sea, how they work, and their backstories. Dave has also been in the show’s spin-off series “Wicked Tuna: Outer Banks” since it debuted on August 17, 2014.

The “Wicked Tuna” helped Dave make friends and enemies because it is a very competitive job and everyone wants to be the best at it. Some of Dave’s employees reported that he became greedy over time and that his ego became too large to handle.

He established his firm, “Hard Merchandise,” which is also the name of his main boat; on its website, you can buy t-shirts, hats, tank tops, kids’ t-shirts, and hoodies, as well as read about Dave’s boat and crew; you can also contact him if you have any concerns or comments.

Dave selected his nephew Jason, a competent fisherman, to serve as his First Mate. Jason was born on July 18, 1988, and graduated from Salem High School in 2006, but chose not to pursue a college degree. When he is not on the boat with his uncle Dave, he enjoys skating or snowboarding.

Wilson is a ball whose name is a reference to the film “Cast Away,” and they scooped him up from the sea and created a Facebook profile for him as well.

Issues with the law

Dave was arrested on 20 January 2015 for assaulting a woman; while he has never publicly commented on it, his wife has indicated that he could never do such a thing. According to the police, Dave pulled the woman’s ponytail in the Hotel Clerk in Morehead City, North Carolina – he did it to flirt with the woman, but it’s possible he did it to prove that he’s not very good at it.

Dave is 53 years old, bald, and has brown eyes; however, his height and weight are unknown.

Dave is highly active on numerous social media platforms – he created his Twitter account in April 2012 and has so far acquired about 27,000 followers and tweeted over 40,000 times. His Instagram account has over 37,000 followers, and he has uploaded over 730 photographs – he has a personal Facebook account that he uses to remain in touch with his family and friends, as well as a Facebook page for fans that has over 15,000 followers.