Dave2D Gets Personal on a Couple of Occasions, Says He’ll Keep YouTube as a Side Hustle 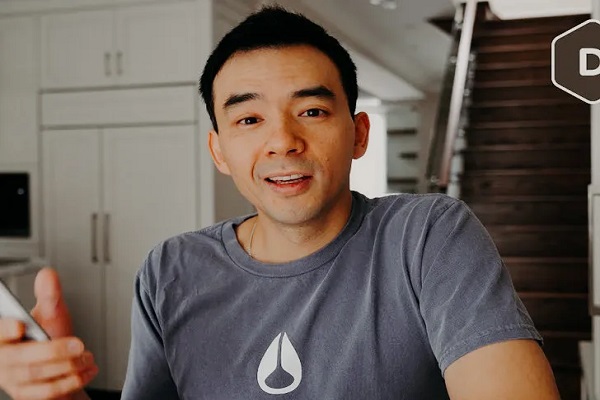 Dave Lee, better known on YouTube as Dave2D, has over 3.2 million subscribers and 572 million views on his technology review channel. Despite being one of the most influential digital gurus, Lee considers YouTube to be a side gig. He still has a primary job, a wife, and a family that he prioritizes.

Dave2D and his wife have two children

He acknowledged his normal employment for the first time in his 2019 Q&A session. He said he was adjusting to the situation and improving his ability to balance his main work, family, and YouTube.

“It just happens. You just get good, or you just adapt to new things that happen in your life. I now have two kids plus a YouTube channel on top of my regular job. But you just gotta make it work.”

He then added a picture of his two children to the video, giving the public, perhaps for the first time, a sight of both of his children.

He talked about marriage and displayed his eldest son in the video. He announced that he married in 2011 and that the name of his son was Nela. He doesn’t talk much about his wife, thus we don’t know much about her.

He does, on occasion, make posts on his social media accounts revealing that he is married. For example, in May 2016, he announced on Twitter that his wife had purchased a square-patterned pillow for him, which she expected him to use for his YouTube shows.

Unfortunately, he had to decline his wife’s request because doing so would be “biting into [Marques Brownlee’s] couch,” as he put it. Just so you know, the cushion was the perfect shade of Dave2D teal.

The YouTuber has made passing references to his main employment on occasion, but has never disclosed what it is. He hinted at it in a video he made in July 2015, saying it included dealing with construction equipment.

While Lee didn’t go into detail about the topic, he was candid about his feelings about his YouTube channel and why it will always be a side gig for him. He established his channel on January 5, 2015, as a creative outlet because his normal job didn’t allow for much creativity, he claims.

It’s been six years since Lee posted his debut video. With such a dedicated following, it’s easy to see why the gadget nerd wants to keep his channel going for as long as he can.

However, despite the fact that his YouTube antics allow him to let off some creative steam, he does not intend to make it a full-time job.

Related Posts of Dave2D Gets Personal on a Couple of Occasions, Says He’ll Keep YouTube as a Side Hustle