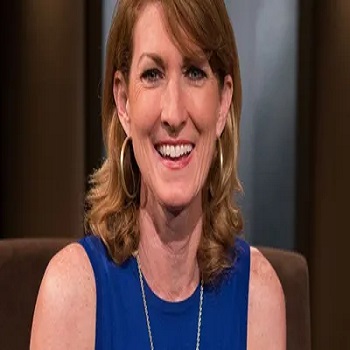 Debbie Antonelli is a sports analyst who has appeared on ESPN, FOX, CBS, Big Ten Network, WNBA, Westwood One, and CSTV’s basketball coverage. She is one of the foremost specialists in women’s basketball, having covered more than 80 collegiate and professional games per season.

Debbie Antonelli worked as the Director of Marketing at the University of Kentucky for four years after receiving her master’s degree. Later on, Ohio State University hired her. She also worked as an analyst for the Dayton Flyers men’s basketball team at the time. Debbie Antonelli was eventually employed by prominent sports networks including ESPN and CSTV. She recently celebrated 30 years in the sports broadcasting field in the year 2020. She currently works as a basketball reporter for CBS, ESPN, Westwood One, and Raycom.

Furthermore, she has been broadcasting WNBA games since 1996 (i.e. since the league’s inception). One of Antonelli’s greatest achievements was receiving the Mel Greenberg Media Award from the Women’s Basketball Coaches Association in 2007.

Debbie Antonelli has a net worth of $2.5 million as of 2020, according to credible sources. Her net worth is derived from her successful profession. A broadcasting sports analyst earns an average of $75,000 a year, with more than half of all broadcast analysts earning salaries in the low five figures. ESPN sports analysts earn a base wage of $100,000 per year, according to a study released by ESPN. Stephen A. Smith and Chris Berman are two of the highest-paid ESPN sportscasters.

Antonelli also works as a philanthropist in her spare time. Frankie & Friends is a humanitarian foundation she operates with her family, The Antonellis. When asked about the organization’s motto in an interview, she characterized her foundation as a group that opposes bullying in schools. She has also contributed to a number of fundraisers and crowdfunding campaigns.

Debbie Antonelli is married to her longtime boyfriend Frank Antonelli and lives in Mount Pleasent, South Carolina. In 1992, they took their first steps down the aisle. Frankie Antonelli, Patrick Antonelli, and Joey Antonelli are the couple’s three sons.