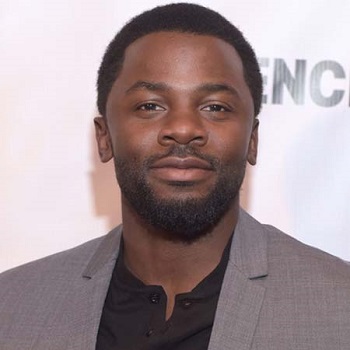 Derek Luke, a hardworking actor, is an inspiration to anyone interested in pursuing a career in the film industry. He is best known for his roles in films such as Antwone Fisher and Captain America: The First Avenger, as well as television shows such as The Americans and 13 Reasons Why.

Derek Luke was born on April 24th, under the constellation Taurus, in Jersey City, New Jersey, United States of America. He is of black ethnicity and is a citizen of the United States. Maurice Luke and his mother, Marjorie Dixon, are his parents. In his hometown, he spent his childhood with his siblings, Maurice and Daniel Luke.

Derek Luke began his acting career in 1999 with a small part in the television series The King of Queens. Later, he worked as one of the four male leads in the film Miracle at St.Anna replacing the actor Wesley Spines.

Luke also appears in the show Trauma as well as the music video Teenage Love Affair. He also starred in movies like Notorious and Friday Night Lights. In addition, the star appeared in Captain America: The First Avenger as Gabe Jones.

He also appeared in shows such as The Americans, Empire, 13 Reasons Why, and God Friended Me. He collaborated with Aimee Garcia, Taylor Kinney, Cliff Curtis, Keri Russell, Matthew Rhys, Alison Wright, Dylan Minnette, Katherine Langford, and many others throughout his career.

Derek Luke’s Salary and Net Worth

According to Celebrity NetWorth, the talented actor Derek has a net worth of $5 million. His career has brought him a large fortune and a large salary. He has appeared in numerous films and television series, and the following is a list of his films, along with their box office receipts and budgets.

Derek Luke has a wife and children

Derek Luke married Sophia Adella Luke in 1998, but there are no details about their wedding ceremony. His wife is an actress who has starred in films such as Spartan, Knockout and Lying in Wait. There has been no news about their feuds to date. There have also been no rumors of extramarital affairs or divorce. When it comes to his children, the couple has a daughter together, but her identity is unknown.

Age, Height, and Other Information