Despite coming from a famous family, Diggy Simmons is very close to his siblings. 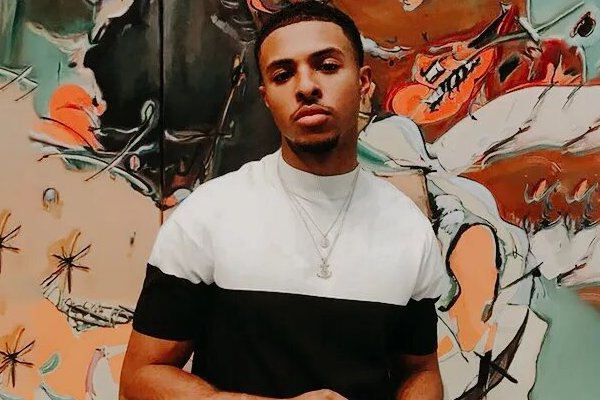 Diggy Simmons is best known for his role as Douglas Frederick Edwards in Freeform’s blockbuster collegiate drama Grown-ish. He grew up in the spotlight on MTV’s hit sitcom, Run’s House, before his breakout role in the series.

Fans received a glimpse into the lavish lifestyle of iconic hip-hop singer Joseph “Rev Run” Simmons and his family for six seasons as he and his wife educated their children about business, love, and the value of family.

When the show first aired, Simmons was only a child. He appeared alongside his five siblings, three of whom were step-siblings. Even though they have different parents, the siblings are quite close.

Growing Up Hip Hop, a show that followed the next generation of hip hop royalty as they struggled to establish their paths and step outside the shadow of their renowned relatives, hosted a red carpet event in 2015. Simmons was rooting for his sister Angela, who was also a cast member on the show.

The Simmons children have been on their travels since the reality show finished in 2009. Vanessa, the eldest of the six, was just beginning out as a model while on the program and continued to walk the runway long after it ended. With her sister Angela, she finally founded the Pastry footwear business.

Angela started her faux fur collection, Foofi & Bella, after co-founding Pastry with her older sister and starring in WE TV’s Growing Up Hip Hop. Both of the sisters are now mothers.

JoJo pursued music in the same way that Simmons did, and while he hasn’t produced any new material, he is busy raising his daughter, Mia. The Simmons siblings’ youngest sibling has yet to build a name for himself.

On Following in the Footsteps of His Father

Despite his illustrious ancestry, Diggy Simmons has never been one to rely on his surname. His father, who has a net worth of $60 million, is an American rapper, DJ, and producer who rose to fame after creating the hip-hop group Run-D.M.C.

Even though Simmons could have lived his life without working a single day, he chose to follow in his father’s footsteps and pursue a rap career. He signed to Atlantic Records at the age of 17 and released his debut album, ‘Unexpected Arrival,’ after releasing multiple mixtapes.

Similarly, he was eventually named to XXL’s prestigious Freshman Class and Billboard’s “Artists To Watch” list. He even had the opportunity to work with some of the industry’s greatest names, like Bruno Mars, Pharrell, and Jeremih.

When I first put out music, people had that skepticism. Of course, they did. But once people gave the music a chance, all of that kind of went out the door, and they started seeing me as an artist.

On several occasions, Simmons demonstrated that he was more than just Rev Run’s kid.

His estimated net worth is $3.75 million. He also dabbled in modeling, walking in the Dolce & Gabbana Spring 2018 Fashion Show.

Simmons’ career is unquestionably on the rise.

Related Posts of Despite coming from a famous family, Diggy Simmons is very close to his siblings.