Despite hints at details, Chris McNally keeps his love life with his girlfriend private.

Chris McNally, star of ‘When Calls The Heart,’ wants to keep his personal life private, particularly his relationship status. 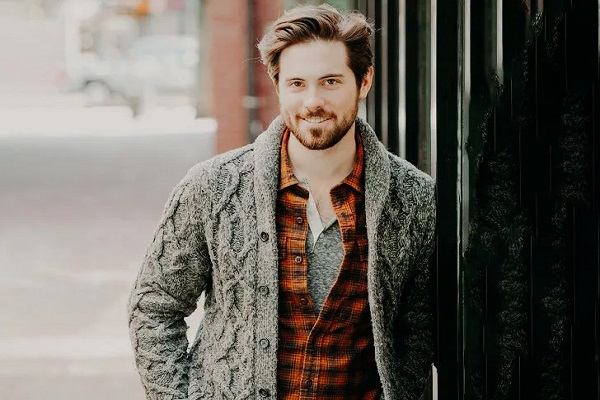 Chris McNally, who is most known for playing Lucas Bouchard in the Hallmark Channel series When Calls the Heart, prefers to keep his personal life private, particularly his dating status.

However, the actor has repeatedly hinted that he has a girlfriend, and it has been speculated that it is none other than his co-star Julie Gonzalo.

McNally Opened Up About His Girlfriend

McNally is one of those celebs that like to keep his personal life private. When you’re a prominent celebrity with a big fan base all over the world, it’s difficult to keep romantic affairs hidden.

The Hallmark star has spoken about his partner and their relationship on numerous occasions, but he has never revealed her identity. Furthermore, McNally does not share any images on his social media accounts that reveal anything about his personal life.

However, it is stated that he is happily married to Julie Gonzalo, his co-star in the 2018 Hallmark film Sweetest Heart. Neither of them, however, has accepted or refuted it.

When asked when he feels the most sexiest in a 2019 interview with ET, the good-looking actor backed away and stated it makes him feel good if his lover deems him handsome. He also added that decorating their apartment is the most romantic thing he has ever done, implying that they will be living together.

“If my girlfriend tells me I’m handsome, that’ll make me feel good.”

He and Gonzalo both have photos of the same dogs

He had just told My Devotional Thoughts a few months before the comment that he and his girlfriend had each adopted a dog.

Gonzalo has now posted a few of photos of McNally’s pets to her Instagram account. She shared her personalized birthday cake with Charlie and Bowie’s fondant sculptures on top of an Argentian shirt on Instagram in September 2019.

In March 2021, she was spotted having a walk with her dogs in the snow.

Because they both had images of the same dogs, it’s possible that Gonzalo is the woman McNally described having adopted the dogs with.

Furthermore, the Hallmark actor claimed in a 2019 interview with NS News that he would dance with his lover in their living room and that his partner is South American, so he wanted to learn a few Salsa skills.

“I waltzed her around the living room… but she’s south American so now she wants me to learn to salsa.”

Couple: From Reel-life to Real-Life

McNally and Gonzalo met on the set of Hallmark’s TV show The Sweetest Hearts as co-stars. It was all about the camera, makeup, and hair testing on the first day they met. Gonzalo wanted to talk about the sequences and, most importantly, get to know each other from the beginning.

“We took the time to just kind of chat and talk and get to know each other as much as we could in the little time that we had. And then throughout the film, we were able to get together after work and read some lines. And he’s such a wonderful, wonderful person and a terrific actor so it was very easy with him.”

In a 2018 interview with Fansided, the actress spilt the beans about her first meeting with the talented actor.

When asked how they were able to create romantic chemistry, she said they took time to converse with each other and then met after work to read lines throughout the film. She also stated that she believed in the energy and space they shared and that they had spontaneously developed amazing chemistry.

“At the end of the day, chemistry is about feeling good about the person you’re with and knowing their energy. I’m a true believer in energies and space and all that stuff.”

Not only that, but she also revealed a humorous anecdote about how the two shared cupcakes in between shoots because Gonzalo’s character in the Hallmark film ran a cupcake company.

McNally and Gonzalo, on the other hand, have never spoken publicly about their relationship, and we appreciate their need for seclusion.

Related Posts of Despite hints at details, Chris McNally keeps his love life with his girlfriend private.