Jimmy Graham, a tight end with the Chicago Bears, was just nominated for the Walter Payton Man of the Year award for 2020. Graham’s road to success was not without setbacks, as he was neglected by his mother and had a difficult upbringing. 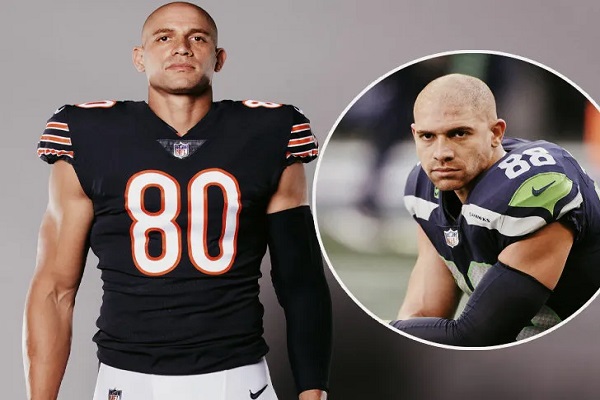 Jimmy Graham, despite being nominated for the 2020 Walter Payton Man of the Year award, did not have an easy road to success. His early years were difficult, as he was transported from one foster home to the next due to his neglectful mother.

Graham’s life was turned upside down when he was adopted by Becky Vinson, one of the foster parents, who recognized potential in him and supported him when his real parents didn’t.

Graham was neglected by his biological parents

The football player never met his real father and never had a close relationship with his biological mother.
Graham’s stepfather abandoned him at the doorway of social services when he was nine years old because his mother failed to pay him his monthly child support of $98. His mother took him back when he was 11, but only to place him in a state-run group home for orphans and juvenile delinquents.
The NFL player had to struggle for everything in foster care; he was alone and hopeless, and his grades were slipping. He was bullied every day and recalls weeping himself to sleep every night; he lived in a terrible group home where he was beaten every day and had to battle for food.

Finally, when asked about his past traumas, the North Carolina native admitted that it was a trying time that helped build his character.

When the now 34-year-old player met Becky Vinson at a house church meeting, his life was forever transformed. Becky, a 25-year-old single mother with a 5-year-old daughter, was a nursing student. Despite the fact that her life was not prosperous, she adopted him because she recognized potential in him.
Jimmy’s new legal guardian inspired him, as seen by his increased grades and basketball skills.

As a student-athlete, the American footballer was awarded a scholarship to the University of Miami, where he earned a double degree in marketing and management and graduated with honors. After that, he planned to play basketball after graduation, but instead chose to pursue a football career, which he had always wanted to do since he was a kid.
And it was thanks to Becky’s backing that he rose to become one of the top NFL players.

Graham Has Accepted His Mother’s Forgiveness

Graham has also learned to let go and forgive, as he did with his biological mother over time.

In an interview, the 6-foot-7-inch football tight end confessed that forgiving and letting go of his mother’s hatred took some time for him.

“I’ve forgiven my mom, but I’ll certainly never forget. Becky though, she means the world to me. She took me in and gave me an opportunity. “

What Is Jimmy Graham’s Wife’s Name?

Graham is not married and does not have a wife, according to his current relationship status.

The 34-year-old footballer, on the other hand, has a sizable female following. When the Chicago Bears star posted on Twitter in 2012 that he was on his way to a colleague’s wedding, he was inundated with messages from female fans expressing their want to marry him.

Despite the fact that Graham is quite quiet about his personal life, he appears to have plenty of options in the event of a relationship.

Jimmy is a pilot as well

Jimmy Graham is a tight end with the Chicago Bears of the National Football League. In 2010, he was drafted by the New Orleans Saints and later played for the Seattle Seahawks and Green Bay Packers.

He is a commercial pilot in addition to his successful NFL career. In 2011, he earned his pilot’s license and now has his own plane. 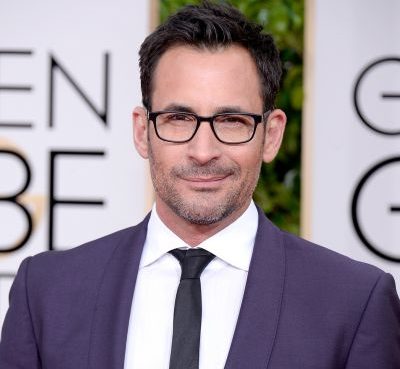 Do you know Who is Lawrence Zarian? Lawrence Zaria works as a stylist. Lawrence Zarian is a well-known fashion and lifestyle specialist. He has also appeared alongside Mark Steines, Cristina Gerrard,
Read More
December 5, 20210

Greg Gutfeld was able to lose some weight during the COVID-19 pandemic's lockdown period. Lockdowns imposed in response to the COVID-19 epidemic have thrown many people's lives into d
Read More
March 14, 20220

When Kimberly Snyder, an American author, met her entrepreneur husband, she had a second chance at love.Following a disappointing first marriage, the author is now happily married to Jon Bier.
Read More