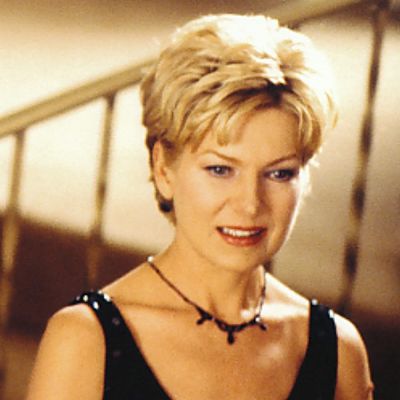 Do you know Who is Diana Scarwid?

Diana Scarwid is a well-known American actress best remembered for her portrayal of Christina Crawford in the 1981 historical drama film “Mommy Dearest.” Aside from her legendary though critically panned performance, she is also well-known for her roles in several high-profile films, including “Inside Moves” (1980), “Truman” (1995), and “What Lies Beneath” (1999). (2000).

Diana Elizabeth Scarwid was born on August 27, 1955, in Savannah, Georgia, USA, as the fourth child of Elizabeth and Anthony John Scarwid, and is of white ethnicity and American nationality. She spent her upbringing on Tybee Island, Georgia, with three brothers before moving to New York City at the age of 17 to pursue a career in the film industry.

Diana graduated as an honors student from Pace University and The American Academy of Dramatic Arts at the same time.

She was married to physician Eric Allen Scheinbart from 1978 to 1995, and they had a daughter named Ursula and a son named Jeremy before divorcing. There are no more personal details, therefore Diana is considered to be legally single.

Diana made her on-screen debut at the age of 21 in 1976, in an episode of the Golden Globe-winning TV action drama series “Police Woman,” followed by appearances in episodes of popular TV shows such as “Starsky and Hutch” and “Kojak” later that year.

Her first big screen performance occurred in 1978, when she guest-starred in the Oscar-nominated drama film “Pretty Baby,” after developing her acting skills in a string of small screen appearances in a range of TV movies and programs.

Diana’s big break came in 1980 when she played a ‘besotted waitress’ named Louise in the Oscar-nominated drama film “Inside Moves.” This performance garnered her a nomination for the prestigious Academy Award for Best Supporting Actress, putting her career on an upward trajectory.

However, in 1981, she gained widespread notoriety for her portrayal of the grown-up Christina Crawford in the biographical drama film “Mommy Dearest,” which earned her the Razzie Award for Worst Supporting Actress and a nomination for Worst New Star of the Decade.

Diana made her most recent on-screen debut as Donna in the comedy-drama film “Another Happy Day” in 2011, following many cameo roles in TV programs such as “Heroes,” “The Cleaner,” and “Criminal Minds” in the late 2010s.