Diane Alexander used to be a model and a dancer. In the mid-1990s, she appeared in films such as Lake Girls and Forget Paris. 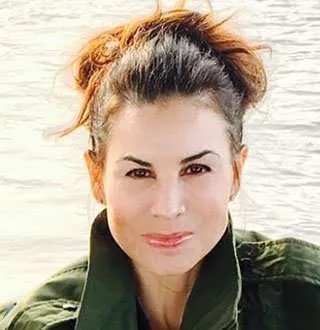 Her professional endeavors, however, did not garner her much attention in comparison to the fame she gained from her relationship with Lionel Richie.

Alexander and Richie first met at the Summer Olympics in Los Angeles in 1984. The model was among the hundreds of dancers who took part in the closing ceremony, where Richie performed.

Their romance blossomed after their first meeting, as evidenced by her appearance in a music video for his hit song ‘Dancing on the Ceiling’ in 1986.

Meanwhile, the judge on American Idol was married to Brenda Harvey. However, his budding affair with Alexander had an impact on the marriage, particularly after Harvey confronted the couple in Alexander’s apartment at the Beverly Hills Hotel in June 1988.

Harvey allegedly beat her husband and Alexander on the spot before being restrained by police. The charges against her were later dropped, including resisting arrest, causing bodily harm to a spouse, vandalism, and trespassing.

Their turbulent marriage lasted a few years before ending in divorce in 1993. Alexander and Richie married two years after their legal separation.

Alexander and Richie have two children. On May 27, 1994, a year before her wedding, she gave birth to her first child, son Miles Brockman. Sofia, her daughter, was born on August 24, 1998. Sofia has made a name for herself in the entertainment industry. The 22-year-old has already worked for major brands such as Tommy Hilfiger, Michael Kors, and Miminipi as a social media personality, model, and fashion designer. According to Celebrity Net Worth, her net worth is $8 million.

Richie’s divorce cost him an arm and a leg. Initially, they agreed Alexander would receive his $5 million mansion as well as a $55,000 monthly alimony payment. Later, the clothing designer requested $300,000 per month in child and spousal support, claiming that they spent more than that in a month. She justified the raise by outlining her expenses.
It included, among other things, $20,000 for plastic surgery, $15,000 for clothing, shoes, and accessories, $3,000 for dermatology, and $1,000 for laser hair removal. In addition, the mother-of-two demanded $125,000 for her son’s annual tuition fee and $15,000 for her daughter’s tuition.

It is unclear when Alexander received the alimony, but it clearly increased her net worth.

She is still using her ex-name. husband’s

Despite the divorce, Alexander still goes by Richie, her ex-family husband’s name. Diana Richie is her Instagram handle, and she has over 38K followers. She uses the platform to express her love for her children, frequently sharing childhood photos with heartfelt captions.

Related Posts of Diane Alexander’s Bio: What We Know About Lionel Richie’s Ex-Wife