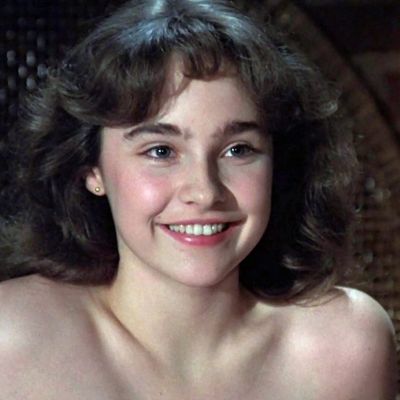 Do you know Who is Diane Franklin?

Diane Franklin was born on February 11, 1962, in Plainview, New York State, USA, and is an actress, fashion model, and producer, best known for her role as a foreign exchange student in the 1985 comedy film “Better Off Dead.” She’s been in the entertainment industry since she was a teenager.

Diane’s life before embarking on a career in the entertainment industry is unknown. There is no information about her family, childhood, or education. It is known that she began working as a commercial model during her adolescence, with one of her first projects being a Coca-Cola commercial. Her work with the popular carbonated soft drink helped her gain more projects, even though her commercials were mostly aired in the United States.

She then worked on commercials for Trident gum before joining the company Jell-O, which makes gelatin desserts, cream pies, and puddings, with the original gelatin dessert being a trademark of the brand, which has been in business since 1881. She also rose to prominence while working with Maxwell House coffee. Until the 1980s, the US brand was the best-selling coffee brand in the country.

Franklin made her film debut in 1982, playing Karen in “The Last American Virgin,” a sex comedy remake of the 1978 Israeli film “Lemon Popsicle” or “Eskimo Limon.” The film franchise was a huge success in Israel, and the producers wanted to replicate that success in the United States. During the same year, she also worked on “Amityville II: The Possession,” a supernatural film based on parapsychologist Hans Holzer’s novel “Murder in Amityville,” which starred Burt Young in one of his darker roles.

She then began landing television roles, appearing as an extra in two episodes of “Bay City Blues.” Two years later, she appeared as a guest star in “Finder of Lost Loves,” an ABC drama series that aired in 1984. After working on the film “Second Time Lucky,” she landed her breakthrough role as Monique Junet in the dark romantic comedy film “Better Off Dead,” starring John Cusack.

It tells the story of a high school student who becomes suicidal after breaking up with his girlfriend before Christmas. Diane continued her work on television in the following years, landing a two-episode role in the legal drama “Matlock,” starring Andy Griffith. The show is similar to “Perry Mason,” with the titular characters tracking down and confronting perpetrators in dramatic courtroom scenes. She also appeared in “Freddy’s Nightmares – A Nightmare on Elm Street; The Series,” a spin-off of the film “Nightmare on Elm Street.” Her mainstream film work slowed in the late 1980s, and “Bill & Ted’s Excellent Adventure” was one of her final projects during this time.

Diane made a few more appearances in popular 1990s shows such as “Murder, She Wrote,” “Providence,” and “Family Law.” Diane then took a six-year break from acting before returning in 2006 to appear in the independent film “Punchcard Player,” followed by a string of independent short films, including “The Adventures of Mass,” “Toon Wolf,” and two “Adventures of Mass” sequels. She published her memoir “Diane Franklin: The Excellent Adventures of the Last American, French Exchange Babe of the 1980s” on Amazon in 2012. She returned to the Amityville franchise in the 2018 film “The Amityville Murders,” co-starring John Robinson.

Diane Franklin’s net worth is unknown. Sources estimate her net worth to be more than $9 million as of mid-2019, earned through success in her various endeavors. She’s done modeling and commercial work, appearing in campaigns for Trident gum and Maxwell House Coffee.

In terms of her personal life, Franklin married animation writer Ray De Laurentis in 1989. They have two children together, one of whom is comedian and filmmaker OIivia De Laurentis. Her daughter directed her first film, “This Gets Ruff,” in 2019. Nick De Laurentis, an aspiring musician, is her other child.

Diane, like many other actresses, is very active online through her social media accounts. She has over 5,000 followers on Twitter. She also shares a lot of old photos. Diane also has a personal Facebook page where she promotes her acting career.