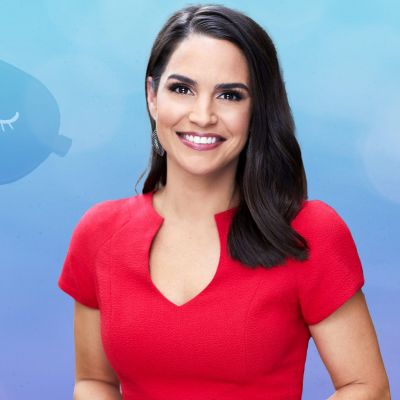 Do you know Who is Diane Macedo?

Born on February 28, 1982, in Mineola, New York State, the United States, Diane Reis Macedo is a journalist and television presenter best known for hosting many ABC News programs, including “America This Morning” and “World News Now.”

What is Diane Macedo’s net worth? According to sources, as of mid-2018, her net worth was estimated to be $1.2 million. Before joining ABC, she worked for both CBS and the Fox Business Network, building a successful career in journalism. It is anticipated that she would continue to amass a fortune as her career progresses.

Diana, a native of Portugal’s Azores Islands, was raised in Mineola. Little is known about how she came to be interested in news and journalism, but it is known that she attended Boston College and double majored in political science and communications. She also sang with the Bostonians of Boston College, a cappella group.

Fox News Radio was where Macedo started her career as a guest booker. Later on, she was promoted and given more noteworthy responsibilities, including working as an on-air broadcaster and correspondent for Fox News’ website. She began working for the Fox Business Network in 2011 and began reading business news on Don Imus’ venerable “Imus in the Morning” radio program. She has started appearing regularly as a panelist on the Fox News Channel program “Red Eye w/ Greg Gutfield,” a late-night/early-morning satirical chat show that covers news in pop culture, politics, entertainment, business, and sports.

Later, Macedo relocated to WCBS, where she worked as a weekend morning anchor for the New York City-based WCBS-TV station. She stayed there for a while before eventually announcing that she was leaving the company in 2016. She then moved on to ABC News and started working as the co-anchor of “America This Morning,” an early morning television news program that covers both domestic and international headlines. A weekday evening news program called “World News Now” added Diane as a co-anchor. In addition to these programs, she fills in as a pop news anchor on “Good Morning America” on the weekends.
Performing Career

In addition to her profession as a journalist, Diane is well-known as the lead female singer for the band Tribeca Rhythm. Before that, she was a mezzo-soprano with Paradise Alley. She has also been spotted playing live with the New Jersey-based cover band The Good Life, and she occasionally sings for The Little Rockers, a studio band.

Thomas Morgan and Macedo are wed, as is well known. 2012 saw the couple’s engagement, and 2013 saw their wedding. They don’t have any children, so Diane finally shot the claims down. In recent years, there have been reports circulating that their marriage has struck the rocks and that they are getting divorced. Macedo speaks both Portuguese and Spanish with ease.

She was the victim of a long-term stalking event by a man by the name of Richard Pagani, who started by sending frightening and pornographic content over social media. He was spotted at Macedo’s workplace, followed her to a photo session outside, and even bothered her by knocking on the news van’s window. This caused the situation to worsen. Eventually, Pagani was detained after calling the police.

Diane is quite active on social media through accounts on many websites, including Twitter, Facebook, and Instagram. She shares this trait with many journalists and broadcast celebrities. Her recent projects and broadcasts, including those with ABC, are mostly promoted on her Twitter account.

On her Instagram page, she frequently posts images of herself working at ABC News behind the scenes as well as images of her daily activities and family portraits. She frequently travels to different parts of the country and participates in musical events. She appears in both outdoor field reports and behind-the-scenes photos on her Facebook page from the ABC news set. For her fans, she also shared a few private images and videos on her Facebook. Her Facebook profile, like her Twitter account, advertises some of her most current news coverage.