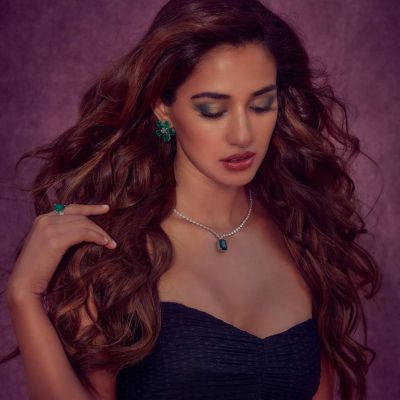 Do you know Who is Disha Patani?

Disha Patani was born on June 13, 1992, to Jagadish Singh Patani and Padma Patani, members of a prominent Rajput family from Bareilly, Uttar Pradesh. She belongs to the Kumaoni tribe (a group of Indo-Aryan ethnolinguistic who lives in the Kumaon region on the Indian Himalayas and speaks the Kumaoni language).

Disha competed in the Ponds Femina Miss India Indore contest as a teenager and finished as the first runner-up. She is now regarded as one of Bollywood’s most qualified actresses. She holds an engineering degree from Amity University in Lucknow.

Disha Patani has kept her personal life discreet, rarely mentioning her relationship status. However, according to numerous Indian leading forums, she dated Parth Samthaan (an Indian television star) for a year in 2013. Following that, they parted ways.

Rumors about Disha Patani’s romance with her Baaghi 2 co-star Tiger Shroff have recently circulated. Disha was frequently seen with Tiger. They also spent a lot of time together on vacation. They refuse to make it official and continue to act as if they are simply pals.

Disha Patani’s net worth is estimated to be approximately $12 million US dollars in January 2022. The sum is about equivalent to 87 crores of Indian rupees. Acting in movies, endorsing well-known goods such as Calvin Klein, and promotions all pay well.

She is paid roughly 5 lakh INR for a social media advertisement post, bringing her monthly revenue to 20 lakhs. Furthermore, in 2021, she charged around 2 crores for each film.

She has more than doubled her income and more than multiplied her assets in the last few years.

Disha Patani started her journey into show business by first debuting with a Telugu film, Loafer, in 2015 alongside Varun Tej. However, the movie did not perform well at the box office. Later around the same time, she did a music video, Befikra, opposite Tiger shroff under the T series.

Neeraj Pandey’s M.S. Dhoni, released in September 2016, proved to be the big successful commercial break of her career. She played the role of Priyanka Jha (M.S. Dhoni’s girlfriend). Her role in the movie was small, but she managed to captivate hearts with little screentime. The film is estimated to put approximately 28 million dollars on the table.

Disha worked in a couple of more commercially successful movies like Baaghi 2 (released on 30th March 2018), Bharat (2019), and Malang (2020). She has worked with Bollywood Superstar Salman Khan in movies like Bharat and Radhe (2021). Disha was also part of the Chinese action-comedy Kung Fu Yoga in 2017.

Currently, she is working on three films named- Ek Villain Returns, Yodha, and Ekta Kapoor’s production KTina. Her craft and fine skills in the field are reasons for her success as a model, dancer, and actress.

Disha Patani has received numerous honors for her extraordinary contributions to the Hindi film industry in such a short period of time.

M.S. Dhoni: The Untold Story, her critically acclaimed film, has earned her prizes such as Most Entertaining Actor (Film) Debut – Female (for BIG Star Entertainment Awards).

Additionally, she has won –

Disha’s genius has captivated the hearts of millions throughout the world. As a result, she has established herself as one of India’s leading Bollywood actresses.

Disha regards herself as a water baby. As a result, her favorite hobby is spending time at beaches and on the ocean.

Disha is a fitness enthusiast. She works out in a variety of ways throughout the day, including kickboxing, gymnastics, and dancing.

Disha adores animals and is the mother of a cat and a dog. She is also highly active on social media.

Some Interesting Facts About Disha Patani