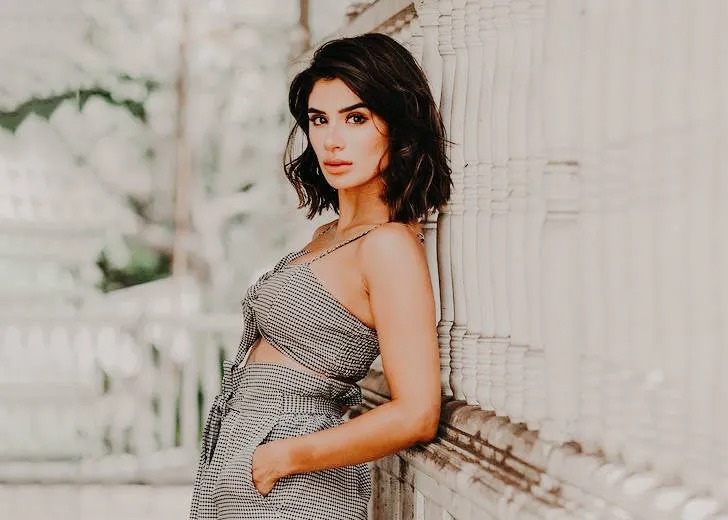 In 2013, Diane Guerrero made a splash as Maritza Ramos in Orange Is the New Black. It was catapulted her into the spotlight. She’s been in scores of films since then, and her roles in Jane the Virgin and Doom Patrol have helped her gain notoriety.

Guerrero has known for her work in social justice as well as her acting roles in DC’s Doom Patrol, such as Crazy Jane.

She was born in the United States to two Colombian immigrants, and when her parents and brother were deported when she was fourteen, she found herself completely alone.

Diane Guerrero was born in the United States of America on July 21, 1986. Her parents and older half-brother had fled Colombia during the country’s tumultuous upheaval.

Guerrero was 14 when his family was deported because they had overstayed their temporary visas. In an interview with NPR, the actress said:

So I was walking home from school. I went inside. My parents’ cars were outside. And food was on the stove, but it wasn’t done. Lights were on. My mom’s sweater was on the chair, and – but they were gone. And then a neighbor came and told me that immigration services had come and taken them.

Guerrero was separated from her family and had to rely on the hospitality of a friend’s family to get through high school.

Diane Guerrero is a strong supporter of immigration reform

Guerrero was never checked on by the authorities after her family was deported. And the shame associated with her family’s expulsion caused her to go through a terrible period in her life because she was unable to open up about it.

The Doom Patrol actress has expressed her feelings of isolation as a result of harsh immigration regulations on several occasions. Michel Martin of NPR asked about her experience.

We didn’t talk about it [immigrant issues] like we do now. We weren’t learning about it in school. There was a huge stigma around it. Even though a lot of people were experiencing this, there was a great shame that went along with it.

Because of her repressed feelings, Guerrero struggled with alcoholism, severe despair, self-harm, and suicidal ideation. She eventually overcame them and is now an outspoken proponent of immigration reform.

Former President Barack Obama even nominated her to be the White House Ambassador for Citizenship and Naturalization in 2015. She spoke in front of 30,000 demonstrators at the ‘Families Belong Together Rally in Washington, D.C. in June 2018.

Guerrero, who grew up fearful of the stigma associated with immigration and deportation concerns, decided to share her story after finding that there were hundreds of others in similar situations.

In a 2014 op-ed in the Los Angeles Times, the Orange Is the New Black actress initially spoke out about her ordeal. She released her first book, ‘In The Country, We Love,’ two years later, with the support of Michelle Burford (a well-known memoir collaborator and NYT bestselling author). The account of what happened after she was separated from her family is told in this book, which delves deeper into her personal journey and experiences.

While speaking with Vogue, Guerrero shared what she desired as a child.

I wish that I could have seen more people not be so afraid, be more vocal about the issue. Knowledge is power. I just wish I could have been more active in finding information that could have helped me or my parents. Or even a support group. I literally thought I was the only person going through this. I thought the wrath had come down only on my family.

Guerrero’s aim to tell the narrative of separated families and immigration was realized in the book. Community members even used her book to teach youngsters about immigration, which led her to collaborate with author Erica Moroz to write ‘My Family Divided: One Girl’s Journey of Home, Loss, and Hope’ in 2018.

Guerrero has been candid about her mental health challenges, such as depression and suicidal ideation. The actress emphasizes the importance of mental health as someone who has buried her thoughts for a long time due to stigma and put on a smiling face.

Yeah no, I’m Not OK, a podcast on mental health, healing, and opening up about how we feel, was launched by the Doom Patrol star in collaboration with LAist Studios. Guerrero started the podcast to aid those who are dealing with mental health concerns, according to the podcast’s profile on LAist Studios’ website.

Growing up, I was taught to say that I was “ok” when I really wasn’t. Mental health just wasn’t something that anyone in my family or community talked about or even had access to. Yet pretty much everyone was affected by it. Today, young people of color are disproportionately affected by mental health issues and are not getting the resources they need, and I want to change that.And this is why this podcast exists.

The actress from Orange Is the New Black has always wanted to be in front of the camera. She didn’t start pursuing it as a career until she was 24 years old. In 2011, she debuted with tiny roles in short films and television series.

Guerrero appeared in a number of films, but it was her part as Maritza Ramos, an undocumented immigrant from Colombia who is now imprisoned in Orange Is The New Black in 2013 that catapulted her to stardom. She was a natural in the role and gave a terrific performance because her character had so much in common with herself. In 2015, 2016, and 2017, she was nominated for three Screen Actors Guild Awards for Outstanding Ensemble in a Comedy Series for her work on Orange Is The New Black. She was nominated for the award again in 2018 but did not win.

The actress was most recently seen in the film Blood Brothers (2021).

Crazy Jane is a fictitious character from the Vertigo Comics version of Doom Patrol created by Grant Morrison and Richard Case. Truddi Chase, an American author who was diagnosed with dissociative identity disorder, inspired her.

Crazy Jane, like Chase, has a total of 64 personalities. And each of the 64 alternate personas has their own set of abilities.

Guerrero discussed how her experience with depression and mental health concerns helped her depict Crazy Jane and herself in an interview.

Reading who the character was based on was very insightful. To learn about the character that Jane was based on. Learning about trauma and mental health has always been a part of my work. And so, when this character came my way, I thought, “Oh my, this is something I really want to explore.” And it really came natural to me because it’s something that I have been… I mean I have grappled with depression myself and mental health issues myself. And so, playing a character that is so tied to her emotions and tied to her brain, it helped clear up a lot of things for me too personally, which was very helpful.

Previously, the Doom Patrol actress was linked to Joseph Ferrara. She described him as a fantastic partner in an interview with Refinery 29.

When asked if she would marry her then-boyfriend, she laughed and told a story about capturing a wedding bouquet.

Well, we were just at his cousin’s wedding and he caught the garter and I caught the bouquet, so it’s kind of out of my hands.

Guerrero and Ferrara later split up. Despite speculations that she was dating Milo Ventimiglia, ET confirmed that the two were merely pals in 2019. The actress is now unmarried and without a husband.

Diane Guerrero is a well-known actress who has also written two books. She’s also endorsed companies like FabFitFun.
Guerrero is worth $2 million, according to Celebrity Net Worth.