Dr. Disrespect’s Wife Has Been by His Side Through It All 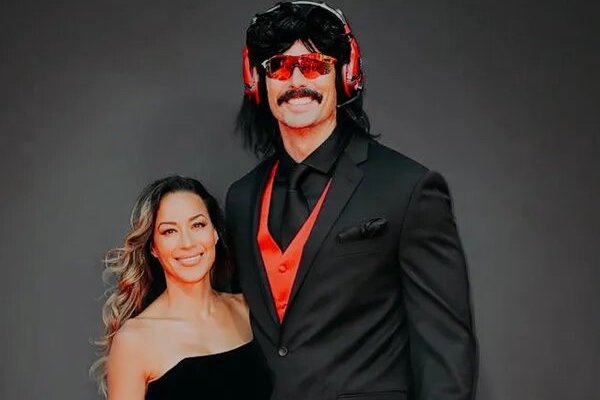 There’s a good chance you’ve heard of Dr. Disrespect if you’re into Twitch, gaming, or streaming. However, he hasn’t been able to use the platform in quite some time.

He just claimed that he will file a lawsuit against the live-streaming site for banning him.

Doc has undoubtedly had a difficult year as a result of the suspension. But, through it all, he’s had his wife, Mrs. Assassin, as she’s known on Instagram, by his side.

The couple apparently married in 2013 and have had a few bumps in their relationship since then. The first, and the most serious, incident occurred in 2017. He admitted to cheating during a webcast in December of that year.

He cried as he admitted his “dumb (crap) mistakes” in his confession. “I’m going to take time off to focus on my family, and I just wanted to let you guys know,” he stated.

He also expressed regret to Twitch, his viewers, and sponsors. He did, however, return. And he returned with his family, appearing to be in better shape than previously. His wife began to feature in more of his streams and videos after that.

During the streaming, she generally appears as a hand feeding him, bringing a light, comic touch to his otherwise hectic streams. However, calamity struck again for the couple less than a year after everything had returned to normal.

When Mrs. Assassin’s pregnancy ended in a miscarriage in 2018, the couple, who are parents to daughter Alana, we’re unable to grow their family of three to four.

During a Twitch stream on June 13, 2018, Dr. Disrespect confirmed the death of what would have been his son.

Controversies and Bans: How to Handle Them

Beahm’s online character is Dr. Disrespect. With that responsibility comes the obligation to keep everyone engaged. He has, however, occasionally crossed the line and been characterized as toxic and offensive during this process.

One of these occurred in 2018 when he was accused of racism. A musician, Jimmy Wong, chastised him for his derogatory depictions of Chinese accents and language.

Dr. Disrespect answered by pointing to his wife’s ethnicity — she is multiracial and hails from the small Hawaiian island of Molokai — stating that he had many multiethnic, multiracial acquaintances, and called Wong’s callout “laughable.”

Then there were his squabbles with Twitch. According to Variety, he received his first, smaller ban in June 2019 after violating Twitch’s privacy regulations as well as California’s Penal Code.

The major one was when Twitch permanently banned Dr. Disrespect from the platform in June 2020, for reasons that are yet unknown.

Mrs. Assassin has remained by her husband’s side during this ordeal. After the ban went into effect, she stepped out to thank her fans for their support.

The outcome of Dr. Disrespect’s case, which is expected to make headlines soon, will be fascinating. But seeing Mrs. Assassin by his side will be even more interesting, or rather comforting.

Related Posts of Dr. Disrespect’s Wife Has Been by His Side Through It All