During the pandemic, actor Daniel Lissing married his wife Nadia in secret

Daniel Lissing, an Australian actor, married his perfect ‘one,’ Nadia, earlier in 2020. During the coronavirus outbreak, the wedding did hold quietly indoors. 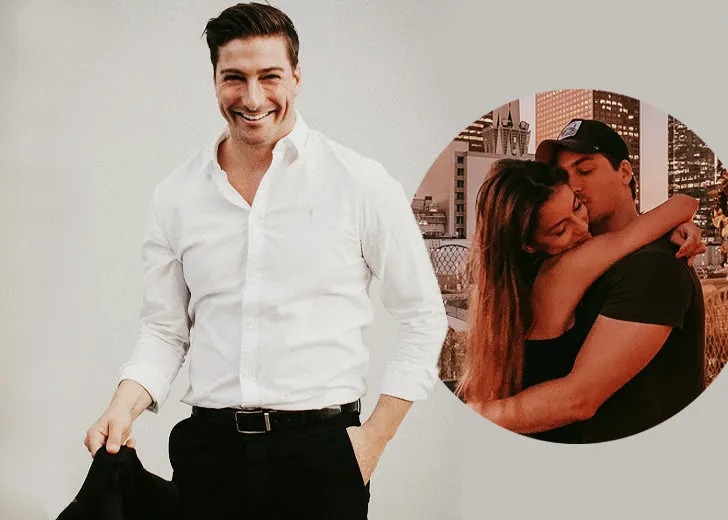 Conrad De Groot in the Australian television drama series Crownies and Jack Thornton in the Hallmark American-Canadian TV series When Calls the Heart are two of the actor’s most well-known roles.

Many people did surprise by Lissing’s wedding because of the 39-year-old actor. He had publicly stated in May 2020 that “everything has been put on hold,” including his wedding plans with his then-fiancee, Nadia.

Learn more about Lissing’s personal life in this article, including the details of his engagement, private marriage, and a huge family wedding in 2021 with now-wife Nadia.

During the Coronavirus Pandemic, Lissing secretly married the love of his life

Listing married the love of his life, Nadia, in early 2020 in California, after confirming their engagement last year on October 24, 2019.

“We kept it really simple and celebrated (the wedding) discreetly,” Lissing said in a June 2020 interview with Entertainment Tonight.

When you’ve met your ‘one,’ you just want to start your married life together as soon as possible.

The actor also revealed that a few of his “close friends” attended his private wedding and served as witnesses.

When questioned why he didn’t announce the great news of his wedding earlier, he said:

We shared our news with our family and friends. We wanted to enjoy our moment with our loved ones before announcing to the public. During our last interview, we still had some close friends we wanted to tell personally. That’s why I didn’t announce our happy news then.

Furthermore, the Crownies star revealed that he intends to celebrate his wedding with all of his friends and family next year. He stressed that he is planning a large family wedding for next year, in 2021.

He explained “All of our personal touches and lavish decorations be saved for our huge family wedding next year. Everything, including the wedding planner.” “It’ll be a fantastic wedding, but it won’t be the same as the one we had just for us,” Lissing remarked.

In Hope Valley, the on-screen wedding become a magnificent ceremony attended by their closest friends and family. People began to wonder if he was married to Erin in real life as well.

The speculation that Lissing and Krakow were dating turned into gossip. All of those rumors, however, unfounded and inaccurate, as both of them had viewed each other as excellent friends since they first met.

Lissing even referred to Krakow as his named sister while posting a picture of the two on Instagram on October 12, 2012. “My sister from another mister!! @erinkrakow #hearties,” he captioned his image.

It’s unclear whether they consider each other to be brothers and sisters, but one thing is clear: they’re good friends. They have clearly spoken about each other in public and underlined their friendship on numerous occasions.

In February 2020, Lissing spoke with Entertainment Tonight about one of these instances. In his interview, he discussed his wedding plans with his now-wife Nadia, and he said that his former co-star Krakow has already been invited to his big family wedding in 2021.

Lissing, who was born on October 4, 1981, grew up on Sydney’s beaches. His loving parents, Inge Christophers (mother) and Jerry Lissing (father) raised him (father).

He also has a younger sister, Tamara Lissing, with whom he has a close relationship.
Despite keeping his family’s specifics confidential, the 5 feet 11 inches (1.8 meters) tall actor is frequently spotted expressing his love for them. During interviews, he mentions them, and he posts images of them on social media.

Lissing, for example, wished his married sister Tamara a happy birthday by uploading a few photos and penning heartfelt comments.

In one of the images, Tamara is seen carrying her baby girl, while her brother and sister flaunt their selfie looks in the other.

The adorable actor stated in the caption of his image, dedicated to his sister, “HAPPY BIRTHDAY to the most amazing sister in the entire universe!!!!  You’re one of the most wonderful people I’ve ever met. Tam, may all of your wishes come true…”

Related Posts of During the pandemic, actor Daniel Lissing married his wife Nadia in secret