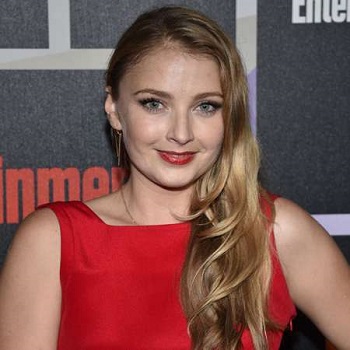 Elisabeth Harnois is a well-known American actress best known for playing Morgan Brody in the CBS forensics show CSI: Crime Scene Investigation. She began her acting career when she was a child. She worked as a child artist Abbie Grainger in the 1985 film One Magic Christmas when she was only six years old. Harnois was nominated for the Young Artist Award for Exceptional Performance By a Young Actress in a Feature Film in 1987 for her performance in the film.

Elisabeth Harnois was born Elisabeth Rose Harnois in Detroit, Michigan, on May 26, 1979, and raised in Los Angeles, California. She was the eldest child of a hairstylist mother and a computer programmer father who had five children. She is the eldest of four brothers.

Elisabeth Harnois attended St. Mel’s School in Woodland Hills, Canyon Springs High School in Moreno Valley, and graduated with a degree in Film Studies from Wesleyan University in 2001. Elisabeth began performing when she was three years old. She has already appeared in two films, One Magic Christmas and Where Are the Children, when she was five years old.

Elisabeth Harnois began her acting career at the age of six, in the film One Magic Christmas, which was a big success. She then appeared in a few commercials before landing the roles of Emily in Hallmark’s Timeless Tales and Alice in the Disney Channel’s Adventures in Wonderland.

In 1986, she appeared in Whee Are the Children? as Missy Eldridge, and the following year, she made her television debut in Highway to Heaven, where she appeared in one episode.

Before being cast in the lead part of Emily in Hallmark’s Timeless Tales in 1990, Harnois had minor appearances in television shows and commercials. The next year, she voiced Rosie in the animated series Midnight Patrol: Adventures in the Dream Zone. She starred as Alice in the Adventures in Wonderland two years later and worked until 1995.

Harnois made her television debut in 1998 with the film My Date with the President’s Daughter, in which she played Hailie Richmond.

In May 2012, Elisabeth Harnois appeared as a guest star in season 11 of the CBS police procedural show CSI: Crime Scene Investigation. She began working on the show with the Season 12 premiere, 73 Seconds, in the same year. She stayed on the show until its conclusion in 2015. She’s been a fantastic performer since the beginning of her career, and she’s still as charming as she was when she was a child.

In 2017, she starred as Emily Jones in the television film My Baby Is Gone!, and in 2018, she appeared in two films: The Work Wife as Lisa, and Skin in the Game as Sharon, the latter of which is now in post-production.

In terms of Elisabeth Harnois’ marital status, she is still single. She did, however, have a long-term romance with actor and singer Jesse McCartney. In the year 2008, they met on the sets of Keith. Their relationship, however, did not endure long and they split up. Currently, rumors are circulating that she is dating a freelance producer whose identity has yet to be revealed.

Despite her celebrity, Harnois has kept a low profile when it comes to her personal life and relationship. She is currently based in Los Angeles, California.

According to her Instagram platform post, she appears to be in a romantic connection with a man named Oliver Beqaj, as seen by the numerous photos depicting their relationship.

Salary and Net Worth of Elisabeth Harnois

Elisabeth Harnois has had a successful acting career. She has worked in a lot of movies and television programs throughout the course of her almost two-decade career in the field of acting, and we can assume that she has made a substantial sum of money as a result.

The actress scored a role in the film A Single Man in 2009, which was a commercial success, grossing more than $25 million. She stars alongside Colin Firth, Julianne Moore, Matthew Goode, and Nicholas Hoult in the film.

Elisabeth Harnois is attractive with her amazing figure and gorgeous hair, and she stands at a respectable 5 feet 6 inches tall and weighs 56 kg. Harnois has kept her physical shape, measuring 35-26-36 inches (89-66-91 cms). Her bra size is 34A, and she wears a size 7.5 shoe (USA).

Her eyes are a beautiful blue tone.

Hair Tone: Her hair is a natural blonde color and is long and wavy.