Know everything there is to know about Eminem’s ex-wife Kimberly Anne Scott, including her children, net worth, age, drug problems, and a tumultuous relationship with him. 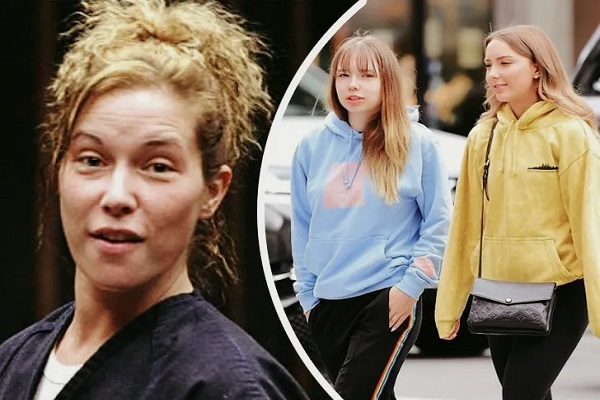 Kimberly Anne Scott, better known as the ex-wife of iconic musician Eminem, has had her fair share of ups and downs throughout her life. To be accurate, the now-author has had more downs than ups, whether it was growing up with a dysfunctional stepfather or having a tumultuous relationship with Eminem.

Learn about Kimberly Anne Scott’s childhood and age, as well as her net worth and the specifics of her two daughters with Eminem, in this article.

Kim was abused by her stepfather when she was a child

Kimberly Anne Scott was born in Warren, Michigan, on January 9, 1975. She and her sister Dawn Scott were born as twins.

The twin sisters were born to Kathleen Sluck and Casimer Sluck, but they were kept in the dark about their father, according to People.

Kim’s mother then married another man, leaving the twin sisters with their mother and stepfather to raise.

However, the twins had a difficult childhood due to their alcoholic stepfather, who frequently mistreated them. They ran away from home in 1988 as a result of this, settling in a youth shelter outside of Detroit.

Shortly after they met, Eminem took Kim to his house

At a home party, Kimberly Anne Scott and her now-ex-husband Eminem met for the first time. She was only 13 years old at the time, fleeing her abusive father, and the famed rapper was 15.

The 48-year-old rapper detailed the first time he met Kim in Ramses M’s book, How Eminem Got Started: Lessons from a Legend (How It All Got Started).

He said, “I’m standing on top of their coffee table, shirtless and wearing a Kangol, spoofing LL Cool J’s “I’m Bad.” When I turn around, she’s standing at the door, smoking.”

Eminem invited Kim to his house and presented her to his mother, Debbie Nelson, after only a short time of knowing each other.

“He introduced her as Kim Scott and said that she required lodging. I was delighted to assist. Kim stated that she was 15 years old, and I had no reason to suspect her. She might have passed for 17 because she was so cute and busty “In her 2008 memoir My Son Marshall, My Son Eminem, Eminem’s mother Nelson claimed.

Eminem and Kim have been married twice

Kimberly Anne Scott and Eminem developed a friendship into a relationship after knowing each other since childhood. They welcomed their first biological child, a daughter called Hailey Jade, on December 25, 1995, as a result of their relationship.

The adolescent lovers married in 1999, four years after becoming parents together, in order to cement their bond. However, their marriage did not work out, and they divorced in 2001, just two years after getting married.

The event in the parking lot in which Eminem allegedly saw Kimberly kissing rapper John Guerra in the 2000s was one of the grounds for their split. This led to him whipping John with a 9mm pistol, which resulted in his imprisonment.

However, the former couple reconsidered their relationship and married for the second time in January 2006. The reunion, however, did not last long, as they divorced barely three months later.

Eminem is the father of Kim’s children

Despite the fact that Eminem only had one biological daughter with Kim Scott, Hailey Jade, he did raise two more daughters, Whitney Scott Mathers and Alaina Marie Mathers.

Kim is related to the other two daughters as well.

Alaina Marie Mathers, Kim’s twin sister Dawn’s biological daughter, is one of the other two. Eminem and Kim adopted Alaina, who was born on May 3, 1993, to Dawn Scott.

The former couple did so to ensure that Alaina did not suffer the same fate as her mother, Dawn, who battled addiction and led a terrible life.

In the case of Whitney Scott Mathers, Kim gave birth to her in 2002 with her ex-partner, tattoo artist Eric Hatter.

After her initial divorce from Eminem in 2001, she had a brief romance with Hatter. They split up after Whitney was born. Whitney was adopted by Eminem and raised with his other two daughters.

As of August 2021, all three girls are adults – Hailey Jade is 25 years old and a Michigan State University graduate. Whitney Scott Mathers is a publicly bisexual 19-year-old. Alaina Marie Mathers is a 28-year-old actress who prefers to keep out of the spotlight.
Parker Scott is a character in the film Parker Scott

Parker Scott is the smallest of the group

Although his exact birthdate is unknown, both Kim and Marshall have stated that Eminem is not his biological father. According to unsubstantiated claims, Parker’s father’s name is Mick Parker. However, other than internet gossip, there is no proof to support this assertion.

Despite the fact that Eminem is only the biological father of one of the four children, he has always treated them all as his own and lavished them with love, adoration, and care.

Kim Scott has a net worth of $2 million, according to Celebrity Net Worth. Although her source of income is unknown, her ex-husband Eminem is likely to have contributed to her net worth. The iconic rapper has a net worth of more than $230 million dollars.

Kim Scott published a children’s book, Mommy! There’s a Snot Man Standing Next to You!, in 2009.
Dawn Scott, Kim Scott’s twin sister, was discovered dead in a run-down mobile home near Warren in January 2016. An overdose from heroin consumption was the cause.
Kimberly attempted suicide in October 2015 after she purposefully drank before driving her black Escalade. 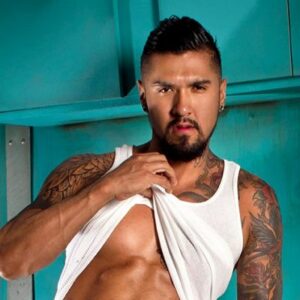 Boomer Banks - Biography Let's take a brief look at Boomer Banks' wiki entry. When you want to learn more about someone, you undoubtedly research them, am I right? On Biography Vibe, we provide you w
Read More
November 28, 20210

"She is the woman who changed me," Juan Rivera says of his wife.Juan Rivera is a well-known musician and actor who bears his surname. In the Mexican music industry, the Rivera family, which in
Read More
December 13, 20210

Michelle Phan and her lover Dominique Capraro appeared to be inseparable a few years ago.The couple was open about their love and even appeared in videos together, sharing private moments, ans
Read More