Erykah Badu — A Look Inside Her Incredible Family

Erykah Badu has three children with three different rappers, but the four are best friends.

â€‹â€‹â€‹â€‹ Grammy-winning musician Erykah Badu is a singer, songwriter, record producer, and actress. The singer has released five studio albums, one live album, and two mixtapes since her debut album in 1997. 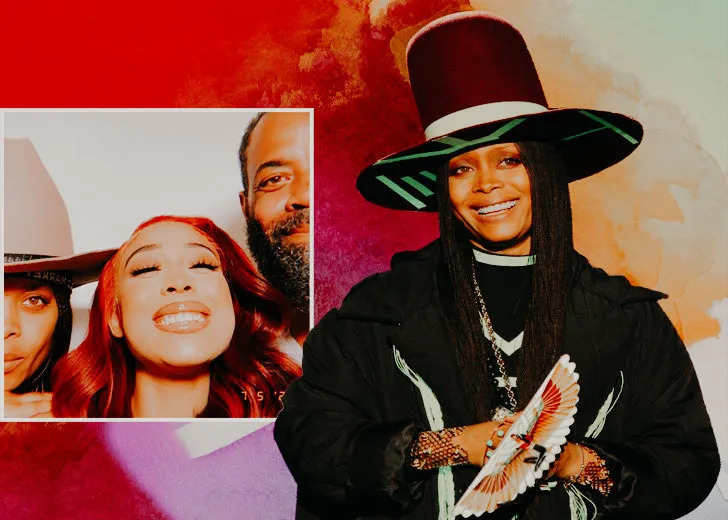 Similarly, she has completed ten tours, beginning in 1997 and continuing continuously from 2001 to 2010.

Badu is also involved in the film industry. She does it all, from TV shows to live performances to movies. The actress has an interesting personal life as well. She is the mother of three children by three different rappers: André 3000, D.O.C, and Jay Electronica. What we know about her children and their fathers is as follows.

Badu first met the rapper in a New York club in 1995. Their first child was conceived just weeks after the release of her debut album, Baduizm.
André 3000 revealed in an interview with The New Yorker magazine that due to their hectic schedule, the couple had to decide whether or not to keep the child.
Regardless, they kept the child, and Seven was born. Sirius Benjamin was born on November 18, 1997, the same day as Erykah Badu’s live album, Live. Despite the fact that the couple divorced soon after their son was born, they maintain a close relationship.

Badu began dating Dallas-based rapper D.O.C. shortly after the birth of Seven. The rapper had been in a horrific accident that had taken away his voice, reducing it to a raspy whisper. He was at a crossroads in his life and career, but meeting Badu helped him break free from his dark bubble. On July 5, 2004, Badu gave birth to their daughter Puma Sabti Curry. The couple remained together for a few more years before splitting up. Despite the fact that they were not romantically involved, they kept in touch. D.O.C. even considers the singer to be one of his most closed friends.

Electronica by Badu and Jay

Jay Electronica, another well-known rapper, fathered the singer’s third child. Mars Merkaba Thedford, Badu’s second daughter, was born on February 1, 2009. Thedford, like her brothers and sisters, was born at home.

The Rappers Are Friends

In an interview with DJ Vlad, D.O.C discussed his friendship with André 3000 and Jay Electronica. He stated that he admires and respects his fellow rappers. He confirmed that he is on good terms with them and that he is a huge fan of both of them. D.O.C stated that they all adore one another and wish the best for one another. He implied how close he is to his fellow rappers by saying that if he called and asked them to come to him, they would not hesitate.
Badu Doesn’t Consider Herself To Be A Single Mother
Not only are the rappers best friends with Badu, but she is also best friends with all three of her previous lovers, and they co-parent perfectly.
She told The New Yorker that all of her fathers are always present. Because most of the rappers live in Dallas, they have formed a close community amongst themselves.

The rappers congregate at Badu’s lakefront home, where the fathers spend time with their children.

Related Posts of Erykah Badu — A Look Inside Her Incredible Family