Eugenio Siller Talks on the Challenges of Playing a Gay Character in ‘Who Killed Sara?’

Eugenio Siller got his clothes off for the first time for ‘Who Killed Sara?’ 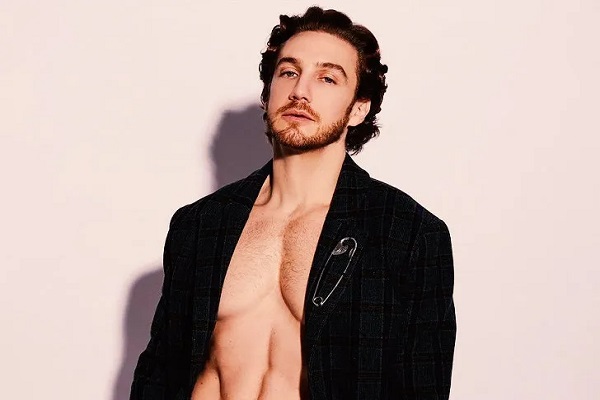 Siller wowed the audience with his portrayal of the gay character José Mara in the series. César and Mariana Lazcano have a middle child, Mara. After coming out as gay, he has a strained connection with his family.
Mara is also a close friend of the series’ protagonist, Lex Guzmán, and has a romantic involvement with Lorenzo Rossi, a lawyer played by Luis Roberto Guzmán.

The 40-year-old had to justify his position while recording some difficult scenes in order to portray it.

For the series, I filmed a ‘Totally Naked’ scene

Filming personal scenes and showing his statuesque form, often completely naked, was one of the most difficult and unpleasant moments for Siller while playing a gay part in Who Killed Sara?

In an April 2021 interview with People en Espaol, the actor confessed that before Who Killed Sara? He’d never taken his clothes off in front of the camera before.
“It’s the first time in a series that I’ve been [naked].” “It took a lot of effort, and I’d never done anything like it before,” he remarked, adding, “I’m modest in that aspect.” But after the first day, I felt completely at ease.”

Is Eugenio Siller a homosexual?

When it comes to his personal life, Siller is quite discreet. There has been no definitive word on whether or not he is in a relationship.
His social media pages are full of photos of his jaw-dropping shirtless body and photographs from his film sets, but no mention of a probable spouse.

As a result, some admirers believe the actor is hiding in the closet.

However, because he has the right to keep his relationship status private, speculation about his personal life and romantic orientation would be inappropriate.
To sum up Siller’s personality, he enjoys life despite its difficulties. He is also concerned about his health and desires to raise awareness about it.

“We must respect what we have,” he said in the aforementioned People interview. Health is vital, and when you’re well, you can accomplish whatever you want.”

His Attitude Taking on the ‘Emotional’ Role

In May 2021, he spoke with Popternative to promote the second season of Who Killed Sara? In the interview, the actor discussed how he approached his role in the thriller from a mental standpoint.
After reading the script, he remembered being immediately drawn to the character. He described his role as “emotional” and said it was difficult for him because he had never played a character like it before.

Related Posts of Eugenio Siller Talks on the Challenges of Playing a Gay Character in ‘Who Killed Sara?’