Dane Cook has a new workout trick up his sleeve. 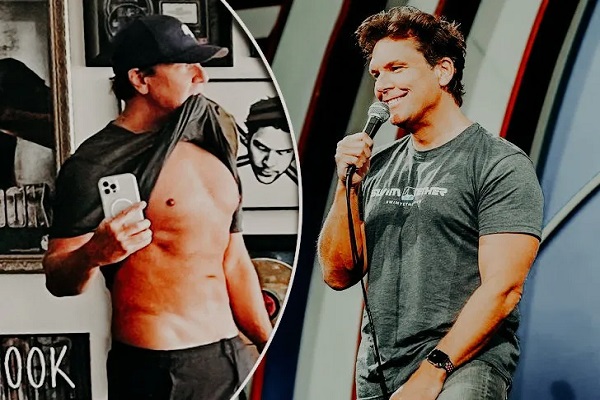 Cook has played a wide range of characters during the course of his 30-year career as an actor and comedian. While his chameleon-like abilities is praised, his continual transformation has sparked several disputes on social media about accusations of plastic surgery and facelifts.

On Instagram, the comic flaunts his toned figure and has even denied having surgery. He attributes his athletic physique to leading a healthy lifestyle.

Experts, on the other hand, appear to be divided. Cook, they assume, has had modest cosmetic surgeries over the years.

Cook’s admirers have been asking about the sudden changes in his physique after seeing him on social media with a prominent dad-bod. Did he gain weight for another Hollywood part, or did he simply gain weight?

Dane Cook on Acting as a Father

He talked about his various parts in the post, which ranged from a sabotaging best friend in My Best Friend’s Girl to contributing his voice to a cute crop-dusting airplane in Planes.

All of his roles, however, had one thing in common: his face. It was the one constant in the situation. For his role in the movie American Exit, in which he plays a dying father who kidnaps his teenage son, the actor purposely gained roughly 30 pounds.

He explained in an interview with Cincinnati,

” I was about 200 pounds at the time. It’s literally two years later, and I realized, oh wow, as you get older, you can’t just burn that 30 pounds off as easily.”

Cook maintained his weight for a second part, but it was canceled due to the world’s lockdown following the breakout of Covid-19. Cook has been working hard to lose weight and get back in shape since then.
Swimming workouts are credited to Dane Cook.

The actor confessed that he was gearing up for his 30th anniversary as a comedian. He showed off not only his slimmer physique but also his recent health and fitness adventure to his fans.

The actor stated it was the best workout he’d ever had and that it was more than just a cardio workout for him. He finds the workout peaceful and claiming, in addition to burning “1000 calories per day.” It has altered his physical appearance as well as his way of thinking.

Cook, on the other hand, pledges to continue altering his body for the sake of his job and health.

It makes no difference whether he’s cast as a ‘portly bank robber’ or a ‘heavyset alien general,’ since he’ll keep swimming for the best burn.