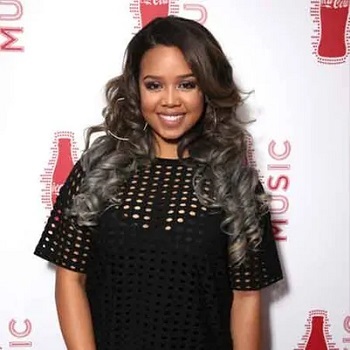 H.E.R., aka Gabriella ‘Gabby’ Wilson is a young American singer who is signed to RCA Records and has released two extended plays under the label: H.E.R. Volume 1 and H.E.R. Volume 2 in 2016 and 2017, respectively. Previously, she kept her true identity hidden behind the stage name H.E.R. She wanted to be known for her music rather than for how she looked or who she is? “This appears to be the age of the anti-star. I really wanted it to be about the music and not about who she was with or what she was wearing.”

Gabi Wilson was born in the United States on June 27, 1997. Her zodiac sign is Cancer, which describes her as a loyal, empathetic, and sympathetic person who is very intuitive and gifted at reading others. Agnes Wilson, a native Filipina, and Kenny Wilson are her parents.

Wilson’s debut EP, H.E.R. Volume 1, was released in 2016, and she earned social media support from Usher, Tyrese, Pusha T, and Wyclef Jean, as well as labelmates Bryson Tiller and Alicia Keys. Rihanna released an Instagram video in April 2017 with H.E.R.’s “Focus” playing in the background. The video has been seen more than 5 million times.
Issa Rae, Kylie Jenner, and Kendall Jenner all lent their support to her. H.E.R. Vol. 1’s tracks have been streamed over 20 million times on Spotify and over 65 million times across all streaming music services worldwide. H.E.R. Vol. 1 was included in NPR’s roundup of “5 Essential R&B Albums You Slept On.”

Wilson’s next EP, H.E.R. Vol. 2, was published in June 2017 and was a commercial success. Her notable live performances include Kid Cudi, Lil Yachty, Snoop Dogg, and Khalid during the 2017 BET Experience events. She announced her tour in September 2018.

Gabi Wilson’s Earnings And Net Worth

Gabi Wilson is a rising star in the world of singing. She began her professional musical career in 2016, and in just a few short years, she has won the hearts of millions of people, including well-known celebrities. Her theatrical presentations and concerts bring in more than $200,000. Her net worth is estimated to be above $1 million, based on her professional progression and estimates from several authorized sources.

Wilson has also toured with a number of well-known acts, which accounts for the majority of her earnings. She has a large following on social media platforms such as Instagram, where she has over 1.3 million followers. According to some statistics, the Instagram celebrity with over 100K followers can earn more than $5,000 each month.

Gabi Wilson is unmarried, and her current relationship status is likely single. She is very private about her personal life, preferring to keep details about her dating life and boyfriend to herself, away from the media spotlight.

She is very active on social media, with over 1.2 million Instagram followers as of October 2018. Wilson revealed her name to the world in 2016, and when asked about the secrecy around her appearance, she responded,

“The mystery is a metaphor for who I am or was; the project arose from an emotion, and that’s what I want it to be about – not what I look like or who I’m with, but raw emotion and support for women,” says the artist.

Gabi was named to Rolling Stone’s “10 Artists You Need To Know” list in March 2017, and Forbes’ “5 Alternative R&B Artists To Watch In 2017” list. Apple Music described her songs as “downcast post-breakup material that sounded vulnerable and assured at the same time.”