Gabriel Iglesias has broken up with Claudia Valdez, his long-term girlfriend with whom he has a kid, Frankie Iglesias. He does, however, have a good relationship with his son. 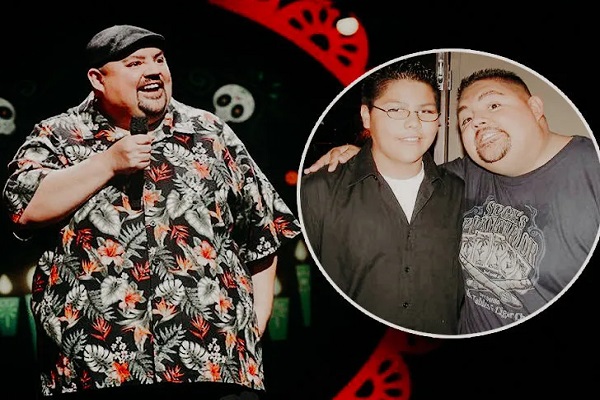 Despite his breakup from his kid’s biological mother, Claudia Valdez, American comedian Gabriel Iglesias talks about his adoptive son Frankie Iglesias in his comedy sketches. The bond between the father and son is admirable.

Iglesias needs to concentrate on himself and his son. Frankie

With his wit and humor, the comedian has made audiences laugh; yet, in 2017, Iglesias found himself in a difficult circumstance.

Because he couldn’t achieve the perfect work-life balance, the stress of managing his personal and professional lives took its toll on him. In a June 2020 interview with the People, he remarked, “Everything fell apart.”

The actor went into survival mode, stopping booze for more than two years and taking time off from his professional obligations to “emotionally heal.”

“I went into survival mode, I drink now, but I needed time to reflect, I couldn’t drink and fix myself.”

Not only that, but the performer claimed to Billboard in 2018 that he had to leave the stage after breaking down on stage when talking about his son. He informed the news organization,

“I got emotional on stage talking about the fact that my son is no longer a kid. Now he’s [Frankie] an adult, he’s a man. And it hit me where I got choked up, I walked off stage, and I just I buckled.”

In the same interview, Iglesias stated that money and achievement were irrelevant if one did not devote time to his or her family. The comedian even apologized to his son Frankie for staying gone for so long after realizing his error.

“I fell down and was like, ‘Oh my God, what am I doing with myself?’ Yeah there are cars, yeah there’s money, but am I still happy? I got a kid at home who has everything, but didn’t have me around as much as he could’ve had.”

According to Nicki Swift magazine, Frankie eventually forgave his father. Following that, the comedian took a break from his professional obligations to dwell on his family. He now feels as a single parent:

“Home is different for me now. I can focus on myself, my career, my kids, and my dogs.”

Iglesias Raised His Son With His Ex-Girlfriend

In summer 2020, the actor and his long-term girlfriend, Claudia Valdez, divorced due to his struggles with work-life balance.

Although the exact reason for their breakup is unknown, there have been rumors that it was due to Iglesias’ drunkenness and emotional problems.

Valdez had been in a 12-year relationship with the comedian. The couple was first seen together in public in 2008 at an event. Since they were together, they have resided in California and raised Frankie [Valdez’s kid from a previous relationship].

Despite the fact that the couple had no biological children, Iglesias always treated Frankie as his own and granted him the opportunity to use his surname.

Fluffy recently updated his Instagram followers on his COVID-19 diagnosis. He says in the Instagram post that getting vaccinated was the only thing that “got me over this as swiftly as it did.”

He declared that his upcoming stand-up comedy gig would be canceled until he was rid of the ailment. Fluffy’s 73-show tour was meant to come to a close in San Antonio, Texas.