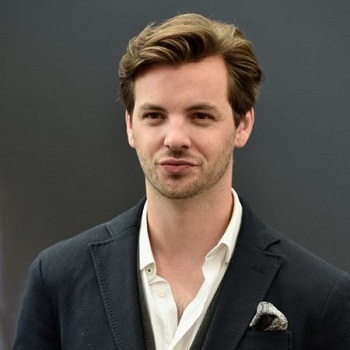 Gethin is a literature student.

Gethin Anthony was born David L. Anthony in Stratford-upon-Avon, Warwickshire, England, on October 9, 1983. Gethin is of White origin and possesses British nationality. He attended Christ Church Primary School in Surrey and Ashton Hayes Primary School in Cheshire. He was also the head boy at the Tiffin School in Kingston-Upon-Thames.

Gethin became interested in theatre and was accepted on a scholarship to the British-American Drama Academy in London, where he trained from July to August 2004. He graduated from Balliol College, Oxford University, with a degree in English literature.

He was heavily active in student plays throughout his time there, most notably as Cyrano in the play Cyrano de Bergerac at the Oxford Playhouse. He also served as president of the Oxford University Dramatic Society, where he directed and participated in a number of plays and musicals.

He went on to study at the London Academy of Music and Dramatic Art after graduation, as well as work with the Royal Shakespeare Company and the Old Vic theatre.

Gethin had a long and famous career in theatres throughout England and Scotland. He has been in plays such as Europe and Shakespeare’s As You Like It at the Oxford Playhouse on multiple occasions.

He’s also appeared in plays like Time at the Bar, The Bald Prima Donna, and Loot! for the Burton Taylor Production Company. He has performed in Scotland with the Bedlam Theater, where he played Malcolm in Shakespeare’s Macbeth, in addition to his work in England.

He was cast in a slew of television series, TV movies, and feature films as a result of his renowned theater career. His most well-known role was as Renly Baratheon, the secretly gay brother of Stannis and Robert Baratheon, in HBO’s hit drama series Game of Thrones. Before being slain, he had a recurrent role in the first and second seasons.

Anthony was cast as the antagonist Charles Manson in the American drama series Aquarius in 2015.

He has also worked as a voice artist on projects like Mass Effect: Andromeda, Quantum Break, and Anthem.

Gethin Anthony’s net worth is estimated to be around $1.8 million as of 2019. His principal source of money is his acting profession on stage, in films, and on television. Renly Baratheon in Game of Thrones and Charles Manson in Aquarius are by far his most successful roles. Gethin probably made a substantial chunk of money as a result of his work on such popular shows.

Gethin has kept his personal life a well guarded secret. His sexuality has been the subject of many theories since he plays gay in Game of Thrones, with rumors of his association with co-star and on-screen love interest, Finn Jones. But nothing solid has ever come out of it.

Gethin is active on social media and frequently shares his personal life with his followers, but he has yet to reveal who his love partner is.