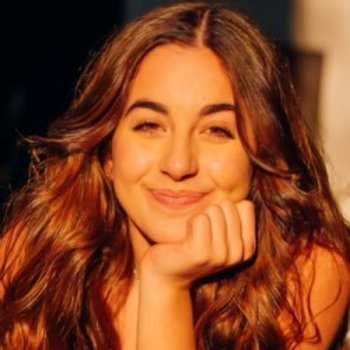 GiaNina Paolantonia is an internet personality, dancer, actress, singer, and TikTok star from the United States. After performing with the Abby Lee Dance Company on the eighth season of Dance Moms, the Oakhurst, New Jersey-born young talent gained a lot of attention. In addition, the 16-year-old made her acting debut in the 2017 film The Greatest Showman.

Birthday, Age, and Height in a Few Words

GiaNina Marie Paolantonio, a professional dancer, was born on June 10, 2005, in Oakhurst, New Jersey, United States of America. She is an ethnically white American who was born in the United States. Joanne Paolantonio and John Paolantonio are her parents. Joey Paolantonio, her older brother, is her only sibling. Gia is her nickname. She is 16 years old at the time of writing this article. She has a height of 5 feet and 2 inches (1.57 meters).

Details On Her Net Worth And Career

The 16-year-old dancer and actress have amassed a sizable fortune through her various endeavors. Her exact net worth is unknown, but as of June 2021, she is estimated to have a net worth of $1 million. Shows, endorsements, sponsorship, and various social media platforms all contribute to Gia’s earnings. She is a brand ambassador for Capezio, a dancewear manufacturer.

GiaNina Paolantonio, the star of Dance Moms, is worth $1 million.

From 2015 to 2016, the TikTok star made her Broadway debut as Amanda Thripp in Matilda the Musical at the age of nine. She rose to international prominence after performing with the Abby Lee Dance Company on the eighth season of Dance Moms, alongside her mother. During the 2014-2015 season at Madison Square Garden, the Dance Mom star performed for the New York Knicks City Kids Dance Team.

In 2017, she made her film debut as a principal ballerina in the film The Greatest Showman. Hugh Jackman, Michelle Williams, Zac Efron, and Zendaya starred in the film. Along with dancing and acting, the multi-talent is also a singer, having released her first single, TALK, in December 2020. In March 2021, she released her second single, Everything But You and Me.

When it comes to her estimated social media earnings, the Dance Moms star earns between $1,080 and $1,801 per paid post on her TikTok account @gianina, which has 1.8 million followers. Likewise, the internet sensation earns between $2,481.75 and $4,136.25 per sponsored post on her Instagram account @gianinasjourney, which has over 831 thousand followers. Furthermore, her GiaNia’s Journey Youtube channel, which has 179k subscribers, earns her $627 to $10k per month and $7.5k to $120.4k per year.

Is She Dating or Is She Single?

At the moment, the famous TikTok and Dance Moms star hasn’t revealed who her boyfriend or partner is. She has kept her personal information private from the press. She is currently assumed to be single due to a lack of information. However, she was previously linked to fellow TikTok star Nick Benciverngo. However, the information was never confirmed, and Nick is now dating Symonne Harrison.