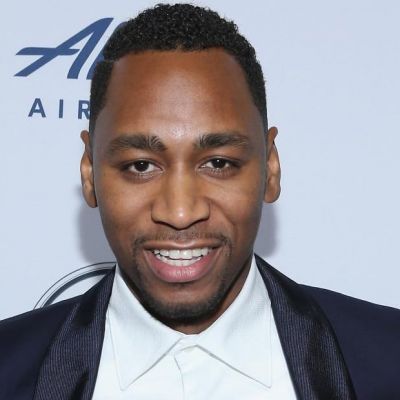 Do you know Who is Gianno Caldwell?

Gianno Caldwell is an American political commentator on FOX News Political News who has appeared on Fox News, Fox Business, and CNN. He is the founder of the Washington, D.C.-based Caldwell Strategic Consulting firm and a contributor to The Hill and The Washington Times.

Gianno Caldwell was born on December 27, 1986, in Chicago, Illinois, USA, and grew up on Chicago’s South Side with his two younger brothers, Christian and Matthew, and an older sister. He grew up in poverty since his mother was a cocaine addict, so when he was 10, he moved in with his grandmother, who was also unable to provide for him and his brothers. Gianno emphasized his father’s influence on him as he taught him the value of wearing a suit, and Caldwell aspired to be an elected person or a clergyman, but life had other plans for him. He worked as a plumbing assistant with his father and grandfather before becoming an intern at the Social Security Administration. There he met a woman who later became one of his mentors and godmother.

He studied psychology at Chicago State University from 2005 to 2009, then transferred to Grand Canyon University, where he earned a Bachelor of Science in psychology in 2010.

During his studies, Gianno also worked as a legal analyst at the Social Security Administration, where he educated and coached personnel to use scheduling software before acting as the policy consultant to the National Medicare Chief Administrative Law Judge for 11 months. Gianno previously worked as the Director of Government Relations for Naperville Township in DuPage County, Illinois, as well as a Legislative Associate and Community Affairs Specialist for the Illinois State Treasurer’s Office. Caldwell worked in Romney for President Inc., a non-profit organization, between July and November 2012.

Gianno interned for Republican Congressman John Shimkus for nine months, analyzing health, telecommunications, and energy legislation as well as the state’s Patient Protection and Affordable Care Act. Despite being a Republican lobbyist, Caldwell chastised President Donald Trump for failing to condemn white nationalists in the aftermath of the racially heated events in Charlottesville, Virginia in 2017, claiming that anyone who supports Trump is “morally bankrupt.”

Gianno Caldwell is the founder and principal of Caldwell Strategic Consulting, a bipartisan firm based in Washington, D.C. that works on subjects such as energy, healthcare, local governance, and finance.

Caldwell works as a political analyst for a variety of networks. He also contributes regularly to important sites.

Gianno is known to be a workaholic with little time for relationships. If he has had girlfriends in the past, he has effectively kept their identities hidden from public view. He is now unmarried, and although there have been speculations that he is gay, this has not been substantiated.

Caldwell has worked in a variety of positions since beginning his career, all of which have added to his riches. Have you ever wondered how wealthy Gianno Caldwell is in early 2019? According to credible sources, Caldwell’s net worth might be as high as $2 million. His wealth will undoubtedly increase in the following years if he successfully maintains his work. According to glassdoor.com, the average income for a FOX News Political News Analyst is between $41k and $45k.

Although Gianno is regarded to be a very private guy. Caldwell’s Instagram account features photos of him with coworkers. Gianno was awarded one of Red Alert Politics’ “30 Under 30” Award winners in 2016. One of his pals was slain on the spot, but the other and his brother survived.