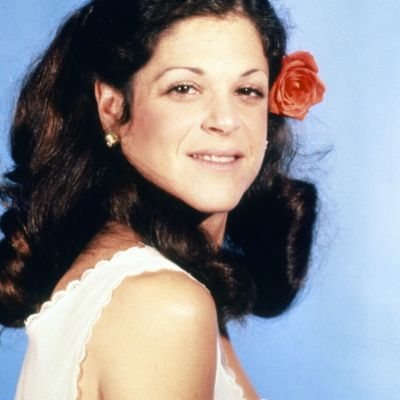 Do you know Who is Gilda Radner?

Gilda Susan Radner, born on June 28, 1946, was an American actress, comedian, and writer who rose to prominence as a member of the founding cast of “Saturday Night Live.” She became well-known for her sketches and parodies of famous people on the show, as well as her films with her husband Gene Wilder. Gilda perished in 1989.

Radner was born in Detroit, Michigan, the daughter of a legal secretary, Henrietta Dworkin, and businessman Herman Radner; she had an elder brother named Michael. She was closest to his father as a child, who would take her to New York solely to see Broadway performances.

Radner attended University Liggett School in Detroit when she was younger, and it was then that she began to struggle with eating disorders. She then went to the University of Michigan in Ann Arbor but dropped out in her senior year to go to Canada with her then-boyfriend.

Radner’s career began in 1972 when she made her stage debut in “Godspell,” starring Eugene Levy, Victor Garber, Andrea Martin, Paul Shaffer, and Martin Short. This exposure led her to join The Second City, a prominent Toronto comedy troupe. In 1974, Radner relocated to New York and became a regular on “The National Lampoon Radio Hour,” alongside Bill Murray, Chevy Chase, and John Belushi, among others. From 1973 through 1974, the comic radio show was popular among listeners. Her early years as a comedian aided in the development of her career as well as her net worth.

When Radner joined the original cast of “Saturday Night Live” in 1975, she had one of her biggest career breaks. The unique late-night comedy show launched a new generation of comics and was a tremendous hit with the crowd. Radner created characters that would later become comedy icons, such as Baba Wawa, a parody of Barbara Walters, Roseanne Roseannadanna, a terrible expert on giving personal advice, and Emily Litella, who was inspired by her nanny as a child and who would become known for her hot-tempered attitude and false information during “Weekend Update.” She worked on the show until 1980, earning an Emmy Award along the way. The success of “Saturday Night Live,” as well as her characters, helped establish her as one of the top comedians of her generation, and greatly boosted her income.

Radner made the shift to acting in 1980, appearing in a pair of films alongside actor Gene Wilder, who would later become her husband. They starred in “Hanky Panky” in 1982, “The Woman in Red” in 1984, and “Haunted Honeymoon” in 1986. Although not all of their films were great hits, they helped establish their collaboration and increased her net worth.

According to credible sources, Radner’s net worth as of 2018 would be more than $3 million, derived from her years as an actor and comedian.

In terms of her personal life, Radner was first married to musician G.E. Smith from 1980 until their divorce in 1982. Radner met actor Gene Wilder in 1982 while working on a film, and the two fell in love and married in 1984 in Saint-Tropez, remaining together until she died in 1989.

Radner was diagnosed with stage IV ovarian cancer in 1985, after experiencing lethargy in her upper legs and visiting with numerous doctors and specialists for 10 months. A grapefruit-sized tumor in her abdomen was removed during surgery and hysterectomy. She chose to write a memoir called “It’s Always Something” after learning that she was already in remission. She recounted everything of her life hardships in the book, from her personal family life to her job.

Radner elected to maintain her remission with maintenance treatment in 1988. Unfortunately, her cancer returned the same year, and in 1989, she lapsed into a coma and died three days later on May 20, 1989, at Cedars-Sinai Medical Center in Los Angeles.

Gene Wilder was saddened and founded the Gilda Radner Hereditary Cancer Program at Cedars-Sinai to run diagnostic tests and evaluate high-risk applicants (such as women of Ashkenazi Jewish descent). He testified before a Congressional committee that Gilda’s health had been misdiagnosed, especially because her grandmother, aunt, and cousin all died of ovarian cancer, and that her sickness could have been treated sooner if doctors had looked more closely into her family history.